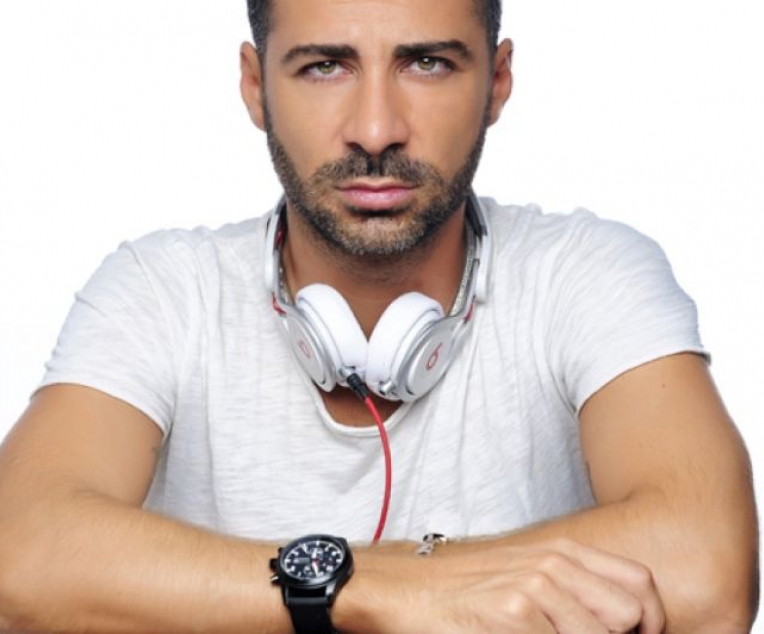 Diego Miranda is one of the most influential Portuguese DJs and producers. He has been credited for bringing dance music closer to the mainstream genre in a magical way, which has gained him great international prominence. Being the #70 in the world by Dj Mag, the British magazine revealed their annual list, with names such as Avicii, Tiesto, David Guetta, Steve Aoki, Calvin Harris, Daft Punk or Swedish House Mafia and this year for the second time, Diego Miranda belongs to the consigned list being up 24 places in 2014, amongst the best. Diego Miranda also in the present year Diego Miranda is the only Portuguese dj been nominated for Best Portuguese Act by MTV – EMA for the second time, confirming him as the most international of all Portuguese DJs.

Diego Miranda's impressive journey to becoming a DJ began when he was fourteen years old, through absorbing heavier beats and sounds. He has won several awards, all of which recognize his excellence as DJ. He received the Dance Club Awards and PortugalNight Awards in the category of “DJ Revelation” in 2006. Diego Miranda was also awarded two gold albums with “Ola Love 2 Dance” (2006) and “PortugalNight” (2007). Diego Miranda was New Breed label owner and at the same time he released singles with huge success like “When u Come”, “Sim City” or “Tania”.

Diego Miranda has played some of the best dance parties and festivals in the world including “MTV Shakedown”, “Creamfields”, “Rock in Rio” and “Sensation White”, among others. He began to have his way up to the International music scene in 2009 with the hit “Ibiza for Dreams”, having since then accomplished an unrivalled status, which has led him to the shows he now plays in prestigious clubs all over the globe. Diego Miranda's DJ sets are a true journey. They assume the evolution of dance music and take the dance floor on a trip through soundscapes of floating vocal licks to harder beats, embracing a solid rhythmic base of electronic and progressive influences but never losing the organic touch. Diego Miranda surprises. He has created his own path as a producer, but it is on the dance floor where you feel his exclusive and unique style. His performances are characterized by an unmistakable and profound kick, which is sure to convert the audience into die hard fans. He is a favourite at “Ushuaia Beach Hotel”, and has graced one of the world’s highest rated clubs, according to DJ Mag, “Green Valley” (Brazil).

Diego Miranda is considered to be one of the best DJs in the Iberian Peninsula as result of his unforgettable songs and memorable performances, both of which leave the dance floor on fire night after night. In 2011, the prestigious "Ushuaia Beach Hotel Ibiza" invited Diego Miranda to produce and edit their first album of originals. In September 2011, Diego Miranda became one of the few DJs/producers in the world whose musical talent and hard work landed him an MTV European Music Award nomination, one of the most prestigious awards in music. This nomination contributed significantly to the appreciation of dance music in Portugal and across the world.

In the last three years, Diego Miranda has consistently come in the list for the top 150 DJs in the world and was voted at #101, #108 and #94 respectively by DJ Mag. He produced hits like “Ibiza for Dreams feat. Liliana”, “Sunshine with Villanova feat. David Cruz” and “Girlfriend feat. Ana Free” that were #1 hits for many consecutive weeks on the national charts, radios and television and landed in the world's top 100 hits, according to MTV Brazil.

After that Diego Miranda released his new album of original tracks “Say Yeah” that touch on telling his lifestyle and passions. An array of national and international prestigious artists are on the new record like Peetah Morgan, Ana Free, Ester Campos, Irina Popa, Kate Abreu, David Cruz, Orlando Santos Mc D’Queen and Nuno Guerreiro. A few months after his debut album “Say Yeah” release, Diego Miranda, the most ambitious Portuguese DJ and producer, sees his talent recognized worldwide. From the studio to the dance floors and back, Diego Miranda has become one of the global magicians of dance, transcending all borders.

Recently Diego Miranda reached position 70 in the DJ Mag top100 and was again nominated for MTV EMA-Portuguese as best Portuguese artist. Has been an amazing year for Diego Miranda but the artist does not stop here. Diego Miranda has a hectic schedule, filled with national club and festival tour dates alongside. Diego Miranda is now preparing for his world tour which will be in countries like Brazil, Japan, Spain, China, Angola and Mozambique where it has been a constant presence.

Now Diego Miranda is preparing to release his new singles like “Drop That Bass in Loud Sucka” or “Believer” feat. Miss Palmer American singer from the hits like “No Beef” com Steve Aoki e Afrojack. Diego Miranda is an artist who will not leave anything or anyone indifferent to his music and presence. Assuming the evolution and mutation dance music as an integral part of it, is natural that his sets, are always different, from the vocals float to the hardest hits, through a solid rhythmic base, electronic and progressive influences, full of organic elements. If, as a Producer, Artist has surprised and to walk very own way, is on the dance floor where exclusivity is felt, since Diego Miranda is characterized by his kick, unmistakable and profound, which that ends up transforming those who listen to him an unconditional fan.

The best is yet to come" is the mantra that Diego Miranda sticks to all his life journeys. He cannot live without his passion and it is that spell of magical emotions that we feel in every beat of his performances.