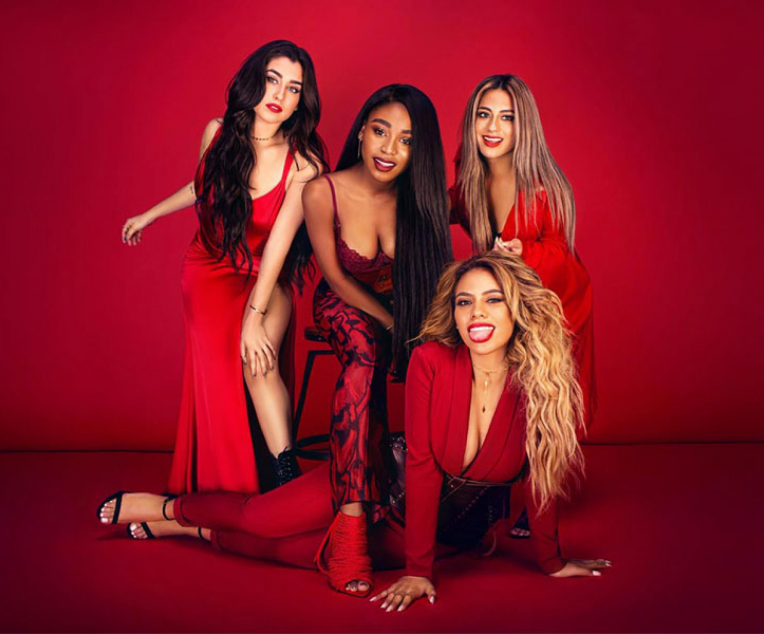 Fifth Harmony are an all-female contemporary R&B vocal group who formed in 2012 while competing on the second season of Fox's The X Factor. Featured in Fifth Harmony are vocalists Camila Cabello, Normani Kordei Hamilton, Lauren Jauregui, Allyson Brooke Hernandez, and Dinah Jane Hansen. Originally, the members of the band entered The X Factor competition individually as solo artists and were then placed together by judge Simon Cowell to compete in the "groups" category. Ultimately, Fifth Harmony finished in third place behind Carly Rose Sonenclar and first-place winner Tate Stevens. After The X Factor, Fifth Harmony signed to Epic Records in the U.S. and Cowell's Syco Records in Britain. The group's initial EPs, Better Together and the Spanish-language Juntos, appeared in 2013.
In 2015, they released their debut full-length studio album, Reflection, which included the singles "Bo$$," "Sledgehammer," and "Worth It." The album debuted at number five on the U.S. Billboard 200, eventually reaching gold certification status. Also in 2015, Fifth Harmony embarked on their first headlining tour, and in 2016 they returned with their sophomore full-length album, 7/27. Named after the date that the group was officially formed during their time on The X Factor, 7/27 featured production from a handful of top-level hitmakers, including Dallas K, Stargate, Kygo, and others. Included on 7/27 were the singles "The Life" and "Work from Home," featuring Ty Dolla $ign. ~ Matt Collar, Rovi