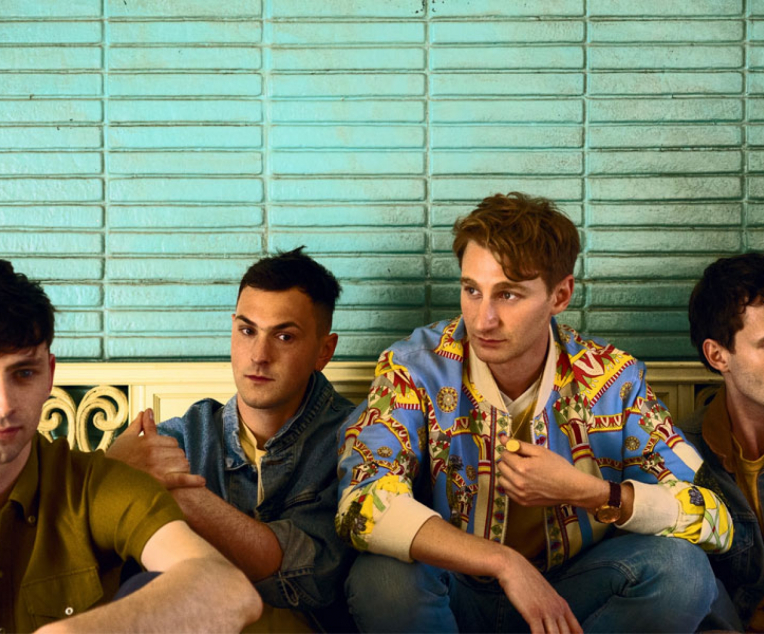 An intriguing mix of synth pop, indie, and hip-hop influences, Glass Animals are an Oxford, England-based band featuring singer/guitarist Dave Bayley, guitarist/keyboardist Drew MacFarlane, bassist/keyboardist Edmund Irwin-Singer and drummer Joe Seaward. Bayley and Seaward were childhood friends, but didn't start making music together until they finished school. Bayley had been writing and recording songs in his spare time, and ultimately drafted Seaward, MacFarlane and Irwin-Singer to play with him. While they were still at university they released their debut EP, Leaflings, in 2012. Though Bayley had planned to go to medical school after graduation, Glass Animals captured the attention of acclaimed producer Paul Epworth, who signed them to his label Wolf Tone in 2013 and released the Glass Animals EP, which included the single "Black Mambo." In 2014, the band released their debut album, Zaba, which blended electronics with indie guitar music and was co-produced by Bayley and Epworth.
How to Be a Human BeingGlass Animals spent much of the next two years touring the world and gathering stories from the people they encountered (which Bayley secretly recorded on his phone). The band used these tales as lyrical inspiration for their second album, which the band recorded in late 2015. How to Be a Human Being, a concept album with each song telling the story of a different character, arrived in August 2016.