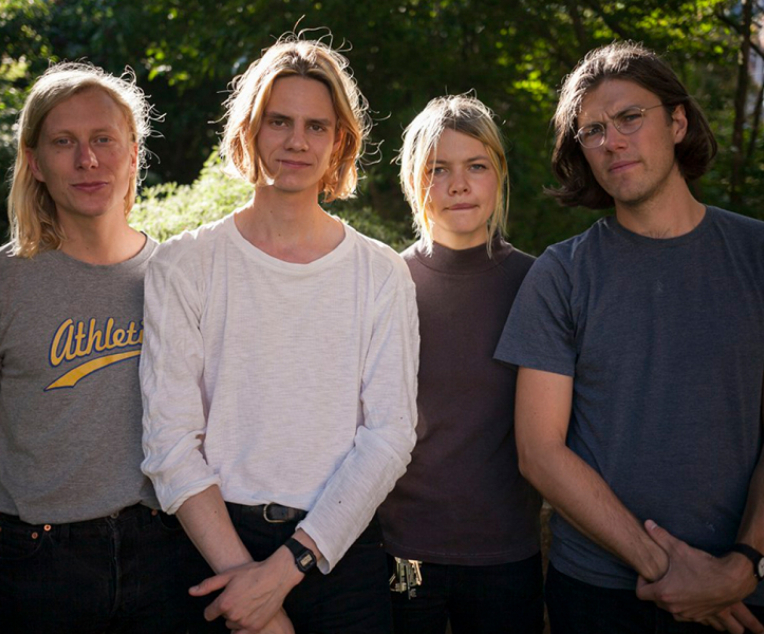 It’s been a quick rise for Swedish indie pop quartet Hater. Formed last year by friends in Malmö, the band released an EP in July with PNKSLM Recordings, earning them comparisons ranging from The Pretenders to Alvvays. They then released their full length debut ‘You Tried’, proclaimed by Gorilla Vs. Bear to be their favourite album of 2017 so far, citing frontwoman Caroline Landahl’s “gorgeous, achingly bittersweet vocals, perpetually swaying between comforting and devastating.” An assured and consistent record, ‘You Tried’ blends jangle with grit.
Taking their musical cues from the likes of Alvvays, The Pretenders, Neil Young and The Radio Dept, all led by Landahl’s gorgeous vocals, Hater soon drew a lot of attention, including praise from international music publications such as The FADER, The Line of Best Fit and Stereogum.

Among those to declare themselves fans were the band’s heroes in The Radio Dept. who asked them to open for them on their first Scandinavian tour in five years. The band made their debut UK show in London earlier in 2017, and have since played at Roskilde Festival, with an extensive UK/EU tour on the horizon for 2018. With ‘You Tried’ Hater easily established themselves as Sweden’s most exciting new indie act, offering up a sound that’s both instantly accessible and grows with every listen.

Now, the band sign with Fire Records, joining Jane Weaver, Death And Vanilla, Rats on Rafts Virginia Wing, Noveller and Modern Studies at the forefront of the label’s new roster. The band are due to release a new EP this December.