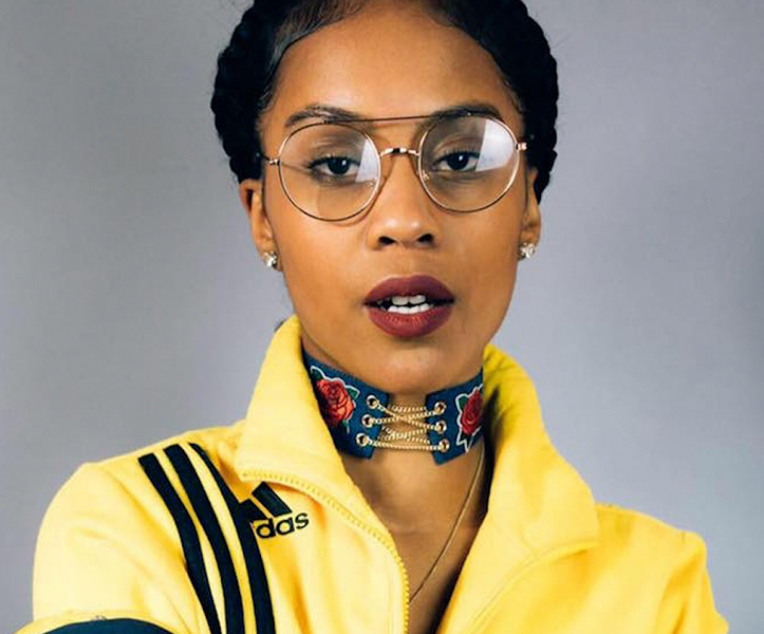 Described as “the badass new star of U.K. hip-hop” by FADER Magazine, IAMDDB is leading a generation of female artists that are young, gifted and prodigiously confident. Only in her early twenties, Diana De Brito has already pioneered a defiantly unique style of hip-hop, trap, grime, soul, jazz and R&B. Self-described as “urban jazz”, her sound draws from all corners of the contemporary musical landscape, landing her a spot in the top three of BBC’s Sound of 2018 list. Operating within the same boldly experimental sphere as Jorja Smith, Octavian and Slowthai, is a visionary artist fiercely expressing her identity.

Originally from Manchester, Brito started writing songs at seven years old, moving seriously into production in 2015 after summoning inspiration from Angolan jazz – visiting her musician father’s homeland of Angola, she immersed herself in the local jazz scene, returning to the UK creatively energised. Releasing her debut EP Waeveybby, Vol. 1, in 2016, Brito immediately attracted attention from publications across the UK and beyond, and has since been featured in The Guardian, Dazed, and Crack Magazine. Tracks like ‘Shade’ and ‘Drippy’ have attracted millions of views, building a broad and devoted following that spans ages, genders and continents. The releases that followed her debut have formed a five-part series of EPs, culminating in 2019’s SWERVVVVV.5, an 11-track effort that’s serves as her most complete and considered statement to date.

After completing sold-out headline tours of the UK and Europe and supporting Ms. Lauryn Hill on several European dates, IAMDDB is ready to take her rebellious sound across the globe.