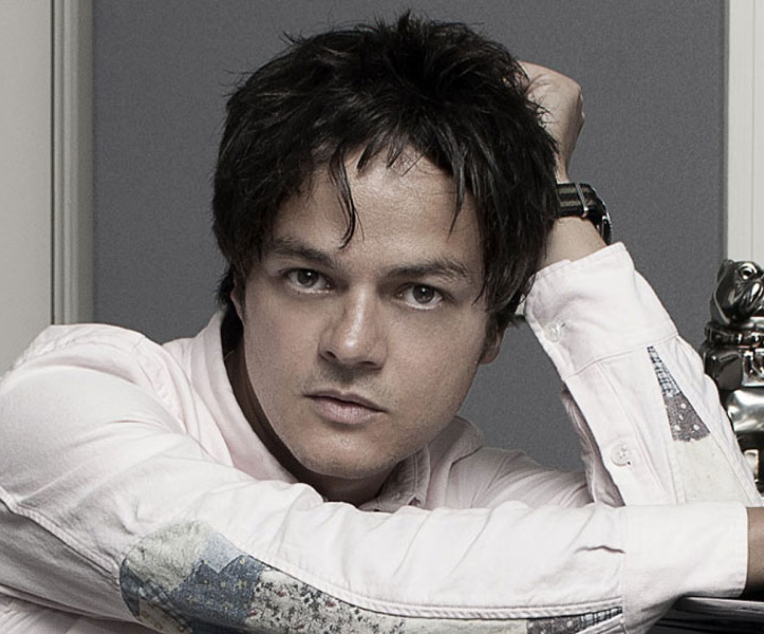 "It was the right time for me to take myself out of my comfort zone, and to push myself to be bolder,” Cullum says of the album “I wanted to build on the things I've already done, but I also wanted to reinvent myself.”

The Pursuit - the English singer/songwriter/pianist/multi-instrumentalist's third Verve album, and his first in four years - is an expansive labor of love that embraces the full range of the artist's diverse talents and far-flung musical passions. While it covers more stylistic ground than anything he's done previously, The Pursuit's unifying threads are the same musical fluency, emotional commitment and lyrical wit that helped to make Cullum's prior releases Twentysomething and Catching Tales international crossover smashes selling more than 4 million combined copies worldwide.

“I like that this album journeys from a big-band track at the start to a proggy house/dance track at the end, because it's all me” Cullum notes. “But if the only thing that people notice is that this album is stylistically all over the place, then I will feel I have failed in some way.”

The Pursuit features nine Cullum originals and five cover songs that showcase the Grammy® and Golden Globe nominated entertainer’s unique voice and iconoclastic interpretive skills. The self-penned gems include the buoyant first single "I'm All Over It," the cheerfully apocalyptic "Wheels," the animated swing of "You and Me Are Gone," Cullum’s love song to music "Mixtape" and his love song to love "Love Ain't Gonna Let You Down.” Elsewhere on the album, Cullum reinvents 1930s jazz standards (Cole Porter’s “Just One Of Those Things” and “Love For Sale”), brings the dance floor into the bedroom (Rihanna’s “Don’t Stop The Music”) and cleans the pancake off the Great White Way (Leslie Bricusse's "If I Ruled the World" and Stephen Sondheim's "Not While I'm Around").

Having spent two years touring in support of Catching Tales, Cullum retreated from the spotlight and spent much of the next two years recharging his creative batteries through a variety of musical and non-musical endeavors. Cullum and his older brother, and frequent collaborator, Ben joined forces for a dance music project “BC vs. JC” that found the brothers creating melodic dance music in clubs across England; Cullum also contributed to albums for artists as varied as Pharrell Williams, the Count Basie Orchestra, Japan’s Soil & Pimp Sessions, Norway’s Beady Belle and France’s Camille; as well as spending time as a Goodwill Ambassador to Ethiopia for Unicef.

Cullum’s highest profile “side projects” were via his ever growing courtship with Hollywood; beginning with 2007’s animated Disney feature Meet The Robinsons in which Jamie was the singing voice of Frankie The Frog, continuing with his vocal on the Golden Globe-nominated “Best Original Song” from the John Cusack film Grace Is Gone, and culminating in his co-writing and performing with Clint Eastwood the Golden Globe-nominated “Best Original Song” from 2008’s Gran Torino.

Inspired by the creative breadth of projects he was a part of since Catching Tales, and having liberated himself from the usual recording constraints of schedule, equipment and instruments when he built his own aptly-named Terrified Studios in London (a nod to his admitted intimidation in the face of technology), Cullum approached The Pursuit with a loose, experimental atmosphere that was only hinted at in his earlier albums. With recordings in hand from his new studio and his home kitchen (where he has dozens of keyboards so he can write & record when finding inspiration from two of his other great passions – cooking and eating), Cullum moved the project to Los Angeles for three months, recording the bulk of the album with veteran producer/musician Greg Wells (whose extensive resume includes work with Katy Perry, One Republic, Mika and Rufus Wainwright) and a stellar assortment of musicians, including members of Beck's band and the horn section that played on Michael Jackson's Thriller.

"It was intentional to work with a new producer and new musicians, and to record in a city that I didn't know that well," Cullum states. "I needed to frighten myself. Being in unfamiliar territory forced me to do things differently, and to operate on a hyper-sensitive, hyper-alert level. Having turned 30, I just felt like I needed to do something different."

Cullum's risk-taking approach to the recording sessions paid off, fostering an anything-goes vibe that yielded some of the most inventive arrangements and compelling performances of his career. "It was a very positive atmosphere," says Cullum, who plays piano, guitar, bass and organ on the album. "A lot of the tracks were just me and Greg Wells and an engineer. That continued to give it a homemade feel, and gave us the feeling that we could try anything."

Cullum's willingness to defy convention has served him well during his lifelong pursuit of musical fulfillment. He began playing piano and guitar at the age of eight; in his mid teens, Cullum was in & out of rock bands playing guitar, drums and piano; he was also the drummer in a hip-hop combo, eventually finding his way back to jazz through the samples used in his favorite hip-hop recordings; and Cullum spent the end of his teen years living in Paris, where he honed his skills performing in local jazz clubs before going on to become the biggest-selling British jazz artist of all time. Cullum has won an enviable reputation as a magnetic live performer, playing freewheeling concerts that emphasize spontaneity and improvisation—and which rarely employ a set list.

The restless artistic spirit that animates The Pursuit is encapsulated by the album's title, which was inspired by Nancy Mitford's classic novel The Pursuit of Love. "It's my fiancé’s favorite book, and the line in 'Love Ain't Gonna Let You Down' that says 'The pursuit of love consumes us all' is a reference to that," Cullum explains. "The reason I made it the album title was that I've come to realize that life is one long pursuit. Being a musician is not about any obvious goal; it's about appreciating the journey as opposed to the destination.

"The artists I most admire," Cullum concludes, "are people like Miles Davis and Tom Waits, who make all kinds of different records, and change and evolve over the years, but still remain themselves. That's what I aspire to. I'm only about five per cent of the way there, but I've got time."