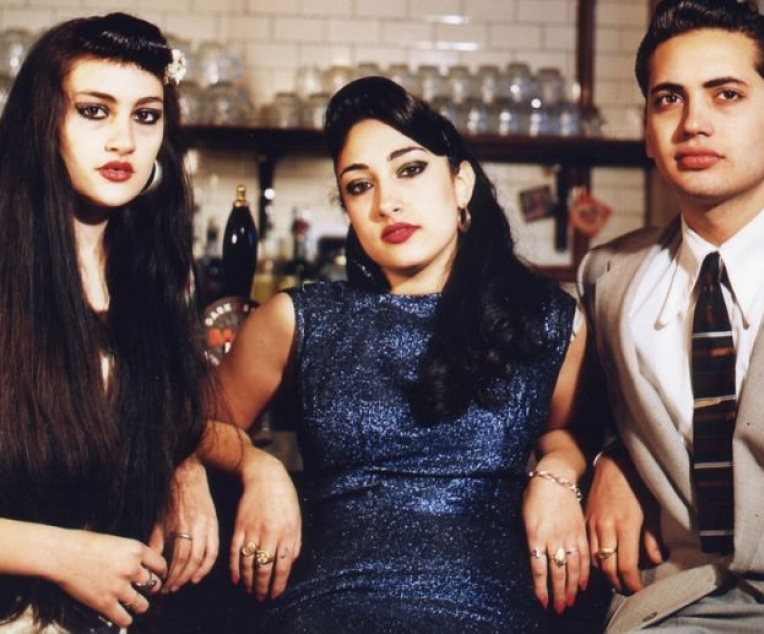 Kentish Town siblings Kitty, Daisy & Lewis are a group of highly talented and original musicians who play more or less anything they can lay their hands on. Their musical references and skills are rooted in the old tradition where songs and music are handed down, played and enjoyed at gatherings of family and friends. From a very young age Kitty, Daisy & Lewis’ performances have been blowing away and inspiring audiences, building up an impressive fan base from the likes of Amy Winehouse, Chris Martin and Eagles Of Death Metal to Dustin Hoffman and Ewan McGregor. They have had worldwide success with sold out tours and have opened for Coldplay, Razorlight, Richard Hawley, Jools Holland among others.

At their packed live shows there's no compromise when Kitty's howling harmonica solos backed by Daisy's solid rhythm on a battered snare-drum and Lewis's snapping guitar work drive crowds into a Southern Evangelical frenzy. The trio jump from one instrument to another, which range from piano, lap steel, banjos, ukulele, accordion, xylophone, trombone to name but a few.

Kitty Daisy & Lewis have now grabbed the musical bull by the horns, producing an exquisite and exciting self-penned second studio album Smoking In Heaven; a breath of fresh air in a somewhat predictable music scene. This album takes the solid roots of their first album but then pushes the boundaries taking in the best of musical influences while still keeping that elusive Kitty Daisy & Lewis treatment that is just beyond words. The music is difficult to categorise - there are recognisable genres but then there are surprising juxtapositions and references that elude and challenge the senses. Check Wah Wah pedals, Hammond organs, harps? This is music to be listened to and enjoyed and dug deeper into on every listen.

Their song writing and arrangements are delicious pieces of penmanship and seem to defy gravity by lifting the spirit. Smoking In Heaven also contains several extended improvised instrumentals - a bold move in the desert of so called pop based fodder. Jamaican ska legends Eddie “Tan Tan” Thornton and Rico Rodriquez make guest appearances. Like their highly acclaimed and successful first album Kitty Daisy & Lewis, the production and recording have been done in their vintage studio at home, using ribbon microphones and analogue tape formats without the harsh digital interference of computers. In the words of trombonist Rico Rodriguez, impressed by the playback, “...me like the reel! me no like studio with the... umm... television!”.

“A gift to to those of us who still believe in magic” Observer ****
“The vibe is irresistible” The Times ****
“The trio will blaze a trail to your heart and set your dancing feet on fire” Dazed & Confused
“A wonderful album: passionate exuberant and fun” The Guardian ****
“The sound of yesteryear, but also a band for the future” NME
“British band KD& L brings American music back to the States” Venus Zine
“Have you heard of Kitty Daisy & Lewis -they're f***ing amazing” Chris Martin

FILMS
“Mean Son Of A Gun” has been used in the latest Dustin Hofman/Emma Thompson film 'Last Chance Harvey' (Jun 09) with a live performance role in the film.
“(Baby) Hold Me Tight”, “Buggin' Blues”, “Polly Put The Kettle On” & “Honolulu Rock-A Roll-A” have been used in German director Leander Haussman's film 'Dinosaurier' (Dec 09). There is also a cameo appearance of the band.
“Going Up The Country” in Rachel Ward's 'Beautiful Kate' (AUS 2009) and Jake Scott's 'Welcome To The Rileys' starring James Gandolfini (US Nov '10)