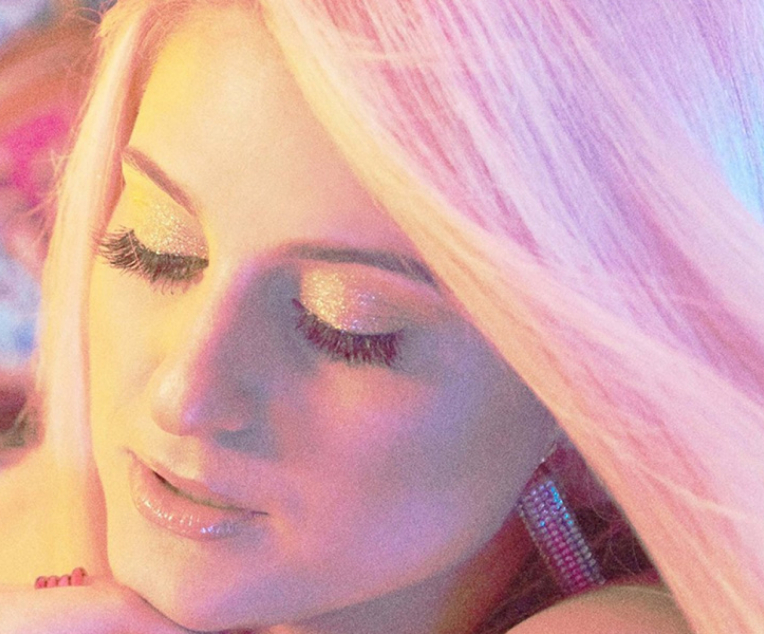 Pop singer and songwriter Meghan Trainor had already devoted most of her life to music when she scored her first hit in 2014 (when she was 20 years old) with a dance-friendly paean to body positivity, "All About That Bass." Born in December 1993, Trainor was raised on Nantucket Island in Massachusetts, where she began making music when she was just seven, and wrote her first song at the age of 11. Trainor attended high school at the Nauset High School on Cape Cod; there she sang and played trumpet in the jazz band, and also studied guitar, taking lessons from Johnny Spampinato, noted guitarist with NRBQ and the Incredible Casuals. In addition, Trainor played guitar and keyboards, and sang with a local Nantucket band called Island Fusion for four years. She attended the Berklee College of Music's Performance Program, a special five-week course, in 2009 and 2010, receiving high marks and reaching the finals of their songwriting competition. By the time she was 18, Trainor had self-released three albums of her own material and landed a publishing deal with Big Yellow Dog Music (who placed her songs with artists such as Rascal Flatts, Macy Kate, Common Kings, and Sabrina Carpenter) before she signed a deal with Epic Records.
Trainor's first single for Epic was "All About That Bass," in which she proudly declared she's "no stick figure silicon Barbie doll," and "every inch of you is perfect from the bottom to the top." The pastel-colored video for "All About That Bass" became an online sensation, racking up over 1,600,000 views on YouTube within a month of its debut in June 2014. Soon, "All About That Bass" stormed up the Billboard Hot 100, reaching the pole position not only in the U.S. but throughout the world. As it racked up eight weeks on the top of the U.S. charts, it wound up getting certified five-times platinum, selling over four million copies in America alone; international sales reached over six million, cementing "All About That Bass"' status as one of the biggest singles of 2014. In comparison, its sequel, "Lips Are Moving," paled, but it was still a notable hit, reaching four on the Billboard charts and earning double-platinum certification, setting the stage nicely for the January 2015 release of Trainor's debut, Title. The album promptly hit number one in multiple countries. Her third single from the album, "Dear Future Husband," reached number 24 on the U.S. singles chart. A contribution to the Peanuts Movie soundtrack, a co-write on Rascal Flatts' single "I Like the Sound of That," and most significantly, a Grammy nomination, rounded out her impressive year.
A few weeks before the March 2016 release of "No," the first single from her second album, Trainor won the Grammy Award for Best New Artist. The following May, Trainor released Thank You. ~ Mark Deming, Rovi