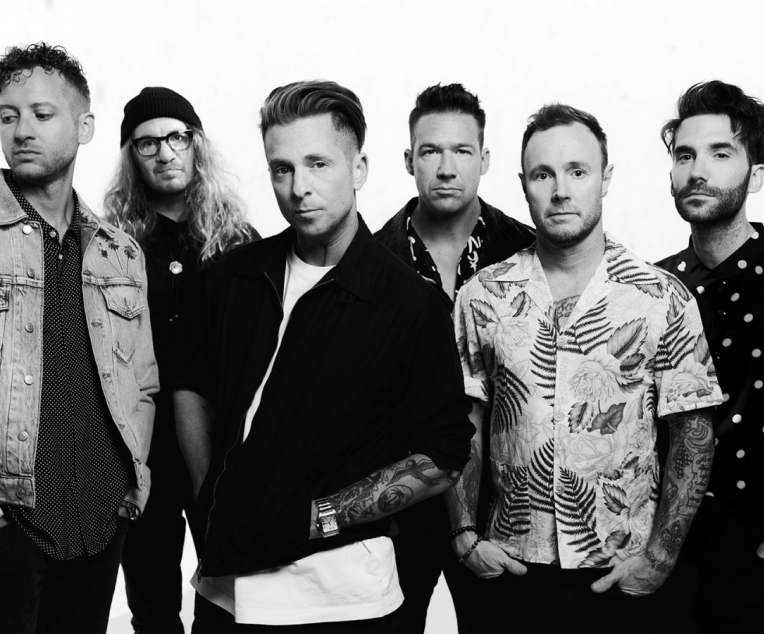 "You're only as good as your worst song," says OneRepublic's front man and chief songwriter Ryan Tedder.

Not that he knows anything about writing a dud. The 30-year-old born in Tulsa, Oklahoma, has obsessed over the art of pop music for more than a decade. Along the way, he's worked with Rihanna, Beyoncé, Kelly Clarkson, Carrie Underwood, Jennifer Lopez, Leona Lewis (he shared a 2008 Best Record Grammy nod for her "Bleeding Love"), and other massive stars. And it's all lead him back to his own Denver, Colorado-based band, where he pours out his most heartfelt music. "The writing approach I take for OneRepublic is completely different from the approach I take with anyone else -- it's infinitely harder," Tedder says. "These songs have to be personalized. And I write each of them like it's the last one I'll be able to put out."

It works. OneRepublic was nominated for a Grammy in 2008 for Best Pop Performance by a Duo or Group with Vocals. And Tedder, plus guitarists Zach Filkins and Drew Brown, bassist/cellist Brent Kutzle and drummer Eddie Fisher have sold almost 2 million albums and 8 million singles.

The band's 2007 hit "Apologize," from their album Dreaming Out Loud went to No. 1 in 16 countries, going gold in 14 of them. It broke records for airplay when it finally made it to radio (and was only bested by Lewis's "Bleeding Love," which Tedder co-wrote). Their second single, "Stop and Stare," propelled OneRepublic beyond platinum status. Waking Up is their second album on Mosley/Interscope Records.

Their latest single "All the Right Moves" comes with a huge heap of anticipation from the millions of fans of OneRepublic and Tedder. But there are countless others who may not know the band or its members' names but recognize their heartfelt songs from the soundtrack of their last bad breakup or emotional meltdown. OneRepublic is that band.

While breaking sales, the members OneRepublic have proved for years that hard work pays off. As sensational as their rocket trip up the charts may have seemed, nothing happened for them overnight.

Filkins learned guitar at age 7 while living with his parents in Barcelona, Spain. "I wanted to play loud and crazy," he says. But his parents made him learn Flamenco. Tedder discovered vocal harmonies via the Beach Boys' Pet Sounds (on cassette). He sang secretly at first -- to himself in his room or with his Walkman on. And some of the most satisfying pop tunes he heard as a kid were those on the soundtracks of the '80s movies he watched over and over. A fascination directly related to OneRepublic's epic and cinematic sound.

Tedder and Filkins met in their senior year in high school in Colorado Springs. They formed a band called This Beautiful Mess and played one talent show but broke up after a week. Far from the young angst-ridden punks that threw together set lists with three chords and the truth -- "We were not the Ramones," Filkins jokes -- the would-be OneRepublic founders vowed to spend their time and energy sharpening their skills as musicians and songwriters before they made another leap into band life.

"Most bands they play for years and they suck," Tedder says. "They figure out writing on the back end if they figure it out at all. I always wanted to know that as long as I was alive, I could write the kind of songs that would be hits so I would have a career."

Between his junior and senior years at college Tedder won an MTV songwriting contest and got a record deal but walked away from an opportunity to write bubblegum pop at the height of the boy band craze -- he wanted something deeper and felt he had more to learn. So at age 19, he moved to Nashville, where he landed his first regular paying gig recording demos. Secretly, he was figuring out not how the biggest country artists hit notes but how they wrote hits. "I had the advantage of seeing all these artists coming through and seeing the ones that worked and the ones that didn’t," Tedder says. "I learned that people who write great songs are the ones that have careers."

At about that time, Timbaland, who'd seen Tedder on MTV, reached out to the promising young songwriter, offering him a production deal and a chance to work together in Miami.

Filkins, meanwhile, had studied aerospace engineering at college in Illinois but saw his grades slip as his passion for guitar playing blossomed. By 2003, he had moved to Colorado to study music and engineering. Tedder moved back to Colorado, too, after studying what he calls "Producer 101" with Timbaland in Miami. Having done all they could to minimize the risk of starting a band and gone about the typically impetuous process in the most studied, measured, and completely backward way possible, the two moved to L.A. to start OneRepublic.

After some early lineup changes, the Oregon- and California-raised Fisher followed a dream he'd hatched after seeing a U2 concert at Tempe Stadium in Arizona, the very concert recorded for Rattle and Hum. His former band mate Drew Brown, born and raised in Boulder, Colorado, had seen his first show as a 10-year-old in 1994 -- Weezer, with Teenage Fanclub. His dad threw him in the mosh pit to give him the full experience. Brown returned the favor years later by calling and asking his parents for money so he could move to L.A. to join OneRepublic. "Only recently my dad stopped regretting taking me to that concert," he says.

Songwriting alone landed them in a short-lived deal with Columbia. But what followed was a grind of mostly small L.A. club shows that didn't always work for the groups huge sound. They parted ways with the label, and while driving home from a show one night, Filkins, then 27 and working as a filing clerk for Coca-Cola, told Tedder, who was making money writing music for movies on the side, that he was quitting the band if nothing major happened for them in six months.

Six months later, almost to the day, Timbaland's remix of "Apologize" broke on the radio. The original version had racked up millions of plays on MySpace, and Tedder says its familiarity was key in driving the Timbaland remix up the charts. When the super-producer started his own Mosley Music Group with Interscope, he signed OneRepublic as his first band.

Fast forward through massive hits and record-breaking sales to 2009, and the band is training its laser-like focus on performing, completing their upside down approach to rock stardom. On the road for the last year and half, whether playing sold-out shows at Madison Square Garden in New York, the massive New Pop festival in Germany or the V Fest in the U.K., the band's live show has gelled, the members say.

Waking Up, recorded in their hometown Denver, is the band's most sweeping, cinematic effort to date, with even more strings and movie-like moments, thanks in part to the use of the same children's choir and orchestra used by Batman and Edward Scissorhands composer Danny Elfman (with whom Tedder has shared ideas). Plus, OneRepublic has recently added co-writer and bass and cello player Brent Kutzle to its lineup. "All he listened to before getting into this band was soundtracks," Tedder says. "He can name every score and soundtrack guy from the last 15 years."

Tedder's lyrics are as honest as ever. Dreaming Out Loud was a pure heart-on-his-sleeve confessional, written mostly before his massive songwriting successes. "I wrote every single bit of that broke as a joke, sleeping on other people's couches." Waking Up plays not only upon some of those same experiences but the reactions to them. Take the song "Secrets," and its lyrics:

Tedder explains: "That's me saying, 'Look, I'll spill my guts for you, but I don't think that's what you want to hear again.'"

Now a front man in full, he says he's continuously challenged and surprised by his band mates and OneRepublic's rapidly expanding, worldwide fan base. But even after accomplishing at age 30 what most songwriters never do in a lifetime, Tedder says his best work with OneRepublic is ahead of him, and he's more inspired than ever. He practically speaks in lyrics these days. "Music is my life," he says, "and songs are my currency."