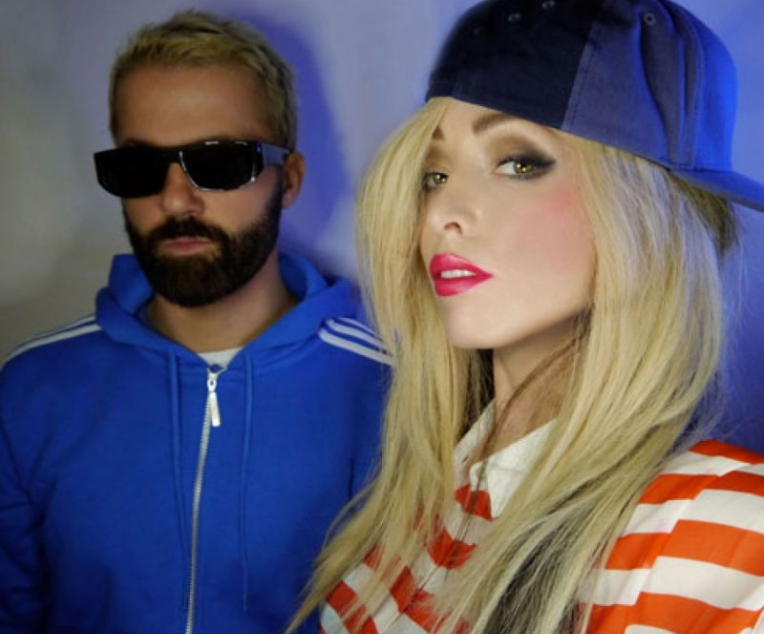 At the start of 2011, The Ting Tings had a scrap it all moment with their label boss Rob Stringer in New York. In a piece of dynamic, off the cuff A&R wizardry you kind of don’t quite believe happens anymore in the music industry, Stringer heard a demo of a song they were working on and told them not to worry about writing hits. He specifically instructed them to forget their commercial instincts. ‘If that sounds weird now,’ says Katie, ‘imagine how it sounded at the time? But in a way it makes sense. He wants a label that bands want to sign to. He understands the idea of building a home for artists.’

They moved from the thawing ice of Berlin to the dustbowl of late Spring in Murcia, Southern Spain. Album number 2, which is probably, nominally album number 3, took up an immediate shake of pace. Fourth gear cranked in. Katie and Jules wrote the album benchmark Hit Me Down Sonny in a day. ‘The melody, the rhythm section, the arrangement, everything just fell into place,’ says Jules, ‘Everything before that had been a struggle. Suddenly it wasn’t. Every time Katie went up to the booth she was nailing it. The lyrics were happening. The whole weight of our shoulders was lifted. This was enjoyable again. It was being dictated by its own energy again.’

The question is rhetorical. Musically, Sounds From Nowheresville has really let The Ting Tings rip. On Silence there are echoes of the chamber pop synthesizer riffs of OMD, the raw buzz of The Rezillos and more familiar Ting Tings influences Tom Tom Club doing battle within the confines of a perfect 3 minute pop song.