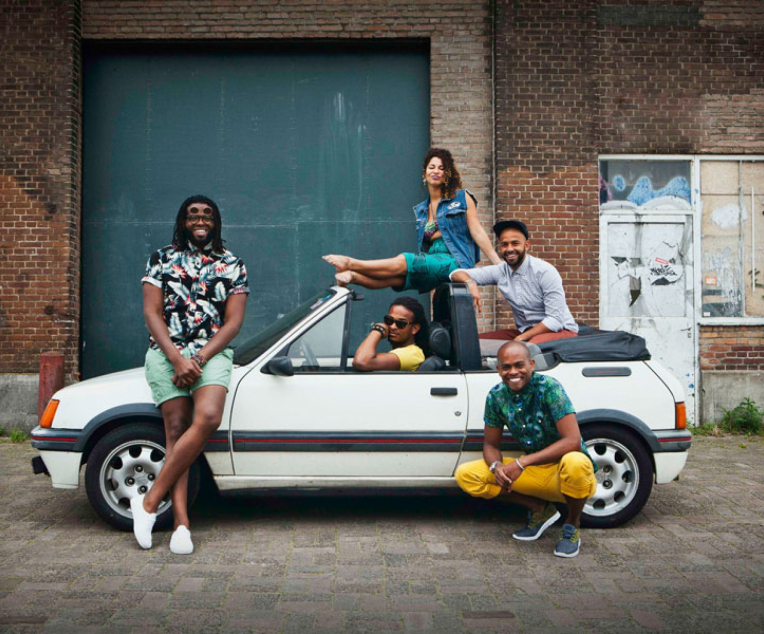 Inspired by Traditional Afro Caribbean Music from Cura'ao and European Dance, Kuenta i TambÇ§ (also known as KiT) has created a brand new sound! They cleverly found a balance between electronic sound samples, singing and chanting and the infectious rhythms played by ritual tambÇ§ drums.Some call it Global Bass, others prefer labeling it Tambutronic but one thing is for sure: it's a wild and colorful explosion of energy, and always seems to set off some serious movements on the dancefloor!Kuenta i TambÇ§ translates to 'Stories and Drums' from Papiamentu, which is the language spoken on the islands of Cura'ao, Aruba and Bonaire (Dutch Antilles). The group is based in Amsterdam and was formed in 2005 after a series of educational projects at schools and theaters to introduce the music and culture of Cura'ao to children in the Netherlands.During this period the first songs were written, establishing the sound and identity of the group which nowadays is known for its high energy shows, with a great deal of humoristic highlights, hypnotizing beats and dazzling percussive interplay between bandmembers.