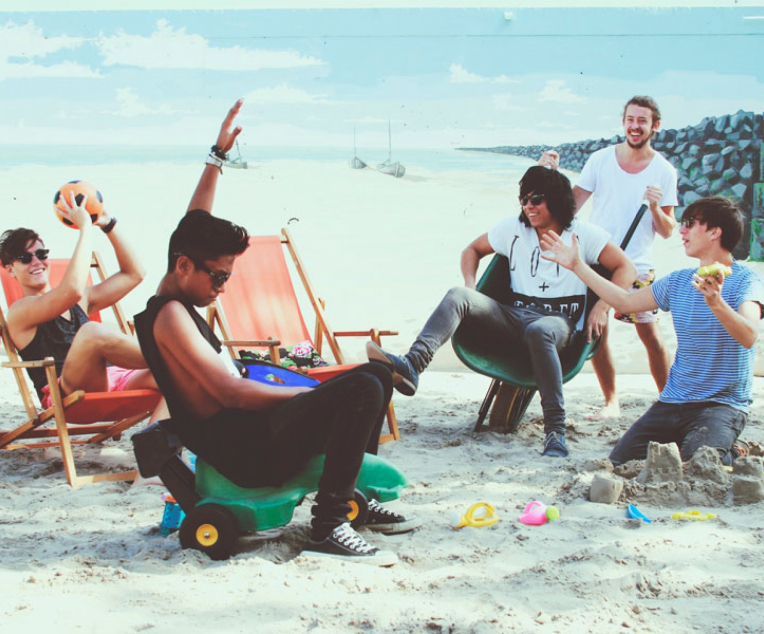 "Dance your panties off!!!"Indie pop and catchy hooks that make you want to dance. That's Project Bongo.Project Bongo is a dutch five piece band born and raised at the Herman Brood Academie, In Utrecht, The Netherlands. Influenced by acts such as: Phoenix & Two Door Cinema Club. Their name came from the bass players stuffed animal monkey.The musicians of Project Bongo had great chemistry through shared passion for pop hooks and dance beats. With their summer tropical vibe on stage, the band quickly got to play at one of the best known dutch radio stations, 3FM. They did the support act for the Mystery Jets and won the "Utrecht Popprijs".The band will be releasing their very first EP coming April, witch they recorded with producer Huub Reijnders in the well known Wisseloord Studio's.With Jorik Ottes on bass, Cornel Sier on synth and keys, Jonathan Maridjan on lead guitar, Thom Heusinkveld on drums and Arthur stoker on guitar and vocals, these boys own the stage.