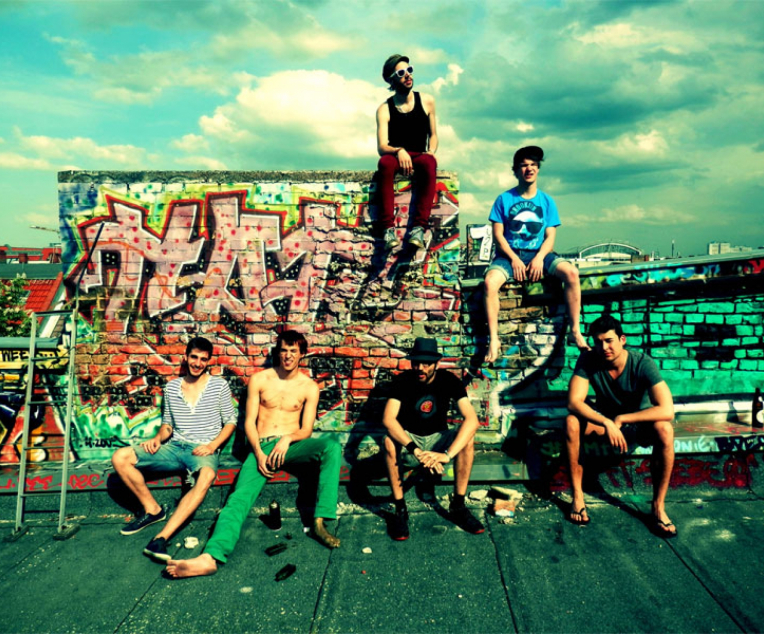 Bohemian: people practising an unconventional lifestyle, living with lightsome and unwaried optimism; careless about social norms
Betyar: outlawed highwaymen in the 18-19th century; later legendary figures in the public mind, fighting for social justice; today young striplings, taking their own way
2009 – 2011
Bohemian Betyars was formed in early 2009, after a night of drinking wine and throat burning pálházi pálinka, when the singer and the electric guitarist have figured they will make music together. They have began a search through the squares and pubs, among the bastards of Miskolc, to find a violinist, a saxophonist, a bass-man, and a drummer – and with that, the six-member speed folk freak punk band was born.
They mixed the violinist’s and the bass-man’s folkloric past with the alternative direction of the other members, poured it to a huge cauldron, added the dynamism of punk and ska, and spiced it up with the melodies of the Carpathian Basin
After 2 hours of cooking on medium heat, the pure stone soup was ready – that is well known for burning one twice. Followed by a few months of polishing they had the audience of Miskolc taste it – and as the recipe was a success, the bohemian betyárs could spread it on farther and farther lands.
2011 – 2012
After their formation and a few singles (When Sid Vicious starts to play the violin), they introduced their first album (Boros utca 1.) in the Dürer-garden, which was followed by a 6 day tour in Germany. Other than the domestic stages, they managed to get invited into both surrounding countries, and other foreign festivals as well from the Baltic Sea to the Atlantic Ocean. In the middle of 2012, the digital harbinger of the album (200BPM) was released. Not long after that, the band’s second music video was made using the title song’s rechipped version by the Chip Chip Chokas – a video summing up the memories gathered through the concerts in 2012.
2012 –
In autumn’s fogginess the recipe was changed – the betyárs are now stirring the boiling stone soup in double tempo on maximum heat.