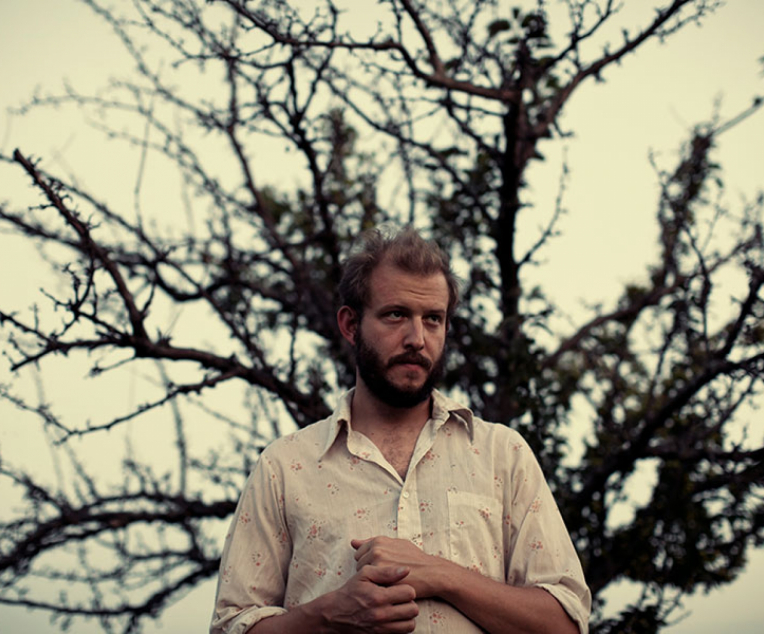 Ever since the door swung shut on that north woods cabin, we all felt like Justin entered a future we had imagined as kids. It was an obsessive, simple dream we shared as teenagers growing up in Wisconsin: just music, always. For me that started with Justin asking: “Trev, wanna be in a band?” as we passed each other in the hallway in front of our high school’s trophy case. From then on, along with five of our closest friends, we played anything together, giving everything a go. From jazz standards and ska vamps, free improv freak-outs and marching band anthems to writing our own music. Through these musical experiences, we began to find and form our hearts collectively. All together we assembled musical materials that reflected and produced a shared consciousness that continues today: how we respond to certain tonalities, how to create atmospheres and what we want them to do, which harmonies bring forth places we seek out, how particular articulations can explain more than words can even begin to attempt. Motion and thoughts aligned. Collective goals formed piece by piece. This was how the dream began.

But dreams adjust in new realities. Bands came and went. Time passed in Wisconsin, people moved apart and pursued inner impulses that had been set-aside during our youth. Maybe we should have trusted ourselves more, but all we knew was music and being together, so we rightfully questioned how we could stand as individuals. Many of us moved to North Carolina, I was on the other side of the ocean. For a few years I only heard small vignettes of my friends’ new life down south. And then my heart split when I heard that Justin was leaving North Carolina to return to Wisconsin. I watched from afar as my friends began to tear apart. What could have happened? I felt helpless. And then For Emma, Forever Ago emerged. When I read the album title, my heart sank again. My reaction was more worry than anything. I knew Justin’s recourse to isolation and the past, almost a crippling nostalgia that prevented him from moving onward. This title was a beacon looking back. But when I finally heard the music, I felt relief – itwas Justin, raw and vulnerable, as the music had always been. In fact, it was almost normal in how extraordinary it was. Something had shifted with this set of music, something had been lit. For Emma, Forever Ago broke open that fantastic dream into a reality. And before the harness could be thrown over that realized dream, Bon Iver, Bon Iver cemented its animation.

Throughout these last years I have met many people in different parts of the world who have been enchanted by Bon Iver. No doubt it has been thrilling to witness but it has also been odd at times. Perhaps it is the widespread exposure of our lives, this community of friends. Hearing someone sing along to “I’m with Hagen”, a sign of our personal alliance, or “3rd & Lake, it burnt away”, a disappeared place of countless hangs, makes one curious about how a thing can be shared. In my most cynical thoughts, I wonder: How can this be relevant to someone else? However Justin has managed to connect such intimate, banal, and forgotten moments to many people. These moments are now shared widely and no longer belong only to us. But who owns a memory?

When your voice is responded to in the world’s cosmic conversation, when your words and sounds travel to the depths of strangers’ souls, life’s dream can carry you forward at a pace you had never travelled at before. The collective excitement pushes your foot to the gas because isn’t this the only thing to do? Isn’t this exactly what we had imagined or hoped? It became too much to handle for Justin. Something was left behind in such a mad dash over the course of these recent years. The music stopped giving back. The acceleration, repetition and exposure transformed that coveted dream into what felt like a mind-numbing theme park. What is this for? What are we even trying to accomplish here? The teenage fantasy, that shared memory of the future, was now in disguise. A shapeless figure, present but unrecognizable.

This spectacular upheaval of life after these albums provoked an inner storm, a mental sickness of anxiety for Justin. Of course it did. The dream had taken on its own life. It all came to a head on an empty Atlantic beach. I bore witness to my best friend crying in my arms, lost in a world of confusion and removal. Justin could barely even talk. It was only days before, on a misguided solo trip to an island off the coast of Greece, that he had recorded the opening words of 22, A Million, “It might be over soon”, into a portable sampler. The forecast that begins this next Bon Iver undertaking is a reminder of our fragile existence. How when everything appears stable, it may crumble and fall through our fingers. How do we hold on to what is important? How do we make sense of the events that rip us apart? What choices do we have and how do we make them? It was the beginning of an unwinding of an immense knot inside. When confronted with daemons one must hold up the mirror in order to see the other side. For Justin, that begins with 22.

22 stands for Justin. The number’s recurrence in his life has become a meaningful pattern through encounter and recognition. A mile marker, a jersey number, a bill total. The reflection of ‘2’ is his identity bound up in duality: the relationship he has with himself and the relationship he has with the rest of the world. A Million is the rest of that world: the millions of people who we will never know, the infinite and endless, everything outside one’s self that makes you who you are. This other side of Justin’s duality is the thing that completes him and what he searches for. 22, A Million is thus part love letter, part final resting place of two decades of searching for self-understanding like a religion. And theinner-resolution of maybe never finding that understanding. When Justin sings, “I’m still standing in the need of prayer” he begs the question of what’s worth worshipping, or rather, what is possible to worship. Ifmusic is a sacred form of discovering, knowing and being, then Bon Iver’s albums are totems to that faith.

Yet when it came time to make a new album, the music was all exhausted. After Bon Iver, Bon Iver, it felt asif thewell had gone dry. Confronting himself also meant facing this loss of direction sense in his music. Through different groups of friends—close, passing, new, old—he began to assemble proto-melodies, vague textures and specific moods from hundreds of hours of recorded improvisations. Thesewere the skeleton keys to unlock not just how 22, A Million could sound, but how it was felt, what it was for, what is was about: the power of human connectivity through music. The poly-fi record formed at the congruence of a bold yet delicate sonic palette. These sounds were the way out from the suffocating enclosure and captivity of anxiety.

The ten songs of 22, A Million are a collection of sacred moments, love’s torment and salvation, contexts of intense memories, signs that you can pin meaning onto or disregard as coincidence. If Bon Iver, Bon Iver built a habitat rooted in physical spaces, then 22, A Million is the letting go of that attachment to a place. “I’m taking deeper consideration in another kind of place–our friendships and connections to other people.” Justin proclaims this shift in ’33 “GOD”’: “These will just be places to me now”.Rather than placeswe encounter a collection of numerical relationships: binary code, mystic ages, Bible chapters, math-logic, repeating infinities. Inside these numbers are a sonic distillation of imagery from the past years of turbulence and how to recover. We hear about positionality (“Down along the creek”, “In the stair up off the hot car lot”), strategies (“I’d make myself escape”, “Steal and rob it”), situations (“Carrying his guitar”, “Sent your sister home in a cab”), new lexicon (“Astuary King”, “Wandry”, “Paramind”) temporalities (“The math ahead, the math behind”, “It might be over soon”) and repeated visuals (“Five lane divers”). These words reveal the riddle of dualities: pain and love, suffering and redemption, omens and happenstance. Such ambiguity and interpretation is the core of how Justin composes words: there are always two ways to see something. Beneath this Daoist-impressionism, we hear the footsteps of a process, the relationships that have kneaded the album’s cause. A locked horns angel, empathetic ears and sagely blessings—friends who have provided themselves in different roles to mold this music into form.

To narrow this album down to the next step within an “artistic career” would be to miss a far grander purpose of this music—or any music for that matter—and the cultures of friendship that sustain us in our capacities to even play music. Although 22, A Million emerges from a swirling context of transformation in Justin’s recent life, it is based on how we have always approached what music can be or do. It is not the perceived power of money and fame that will change the course of events in one’s life, but empathy. Music is a pathway that allows us to listen to ourselves and the people that surround us. It is a pathway to understanding that actively creates change in real-time. Music, even in its most intimate moments, is a pathway between us all. It is the nuts and bolts of humanity as well as its totality. It is made sacred between people and in return makes those relationships sacred. It is the buoyant substance that we grab onto when the water rises above our heads. The answer has been here the entire time: just music, always.