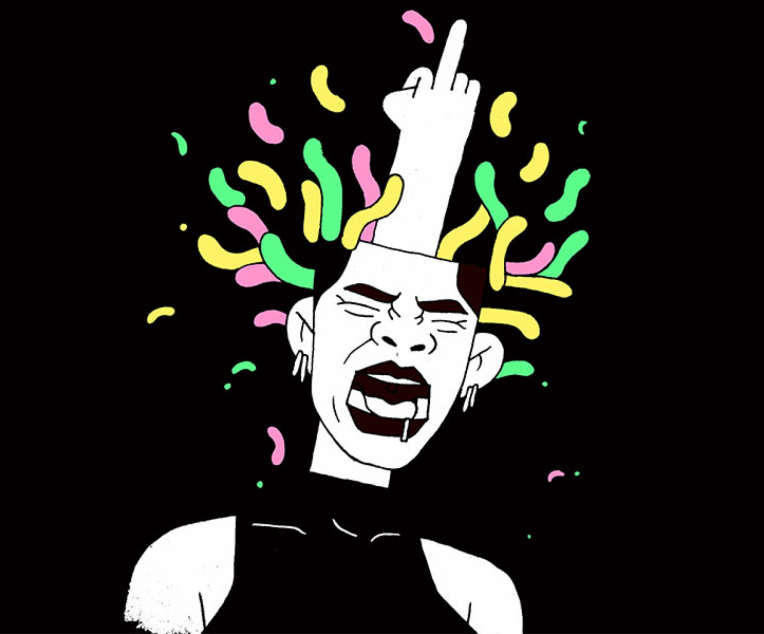 Bonzai is a 20 year old Irish singer and songwriter, signed to Anchor Point Records. She was born in Indiana to a jazz-singer mother and drummer father but moved as a baby to Wicklow. After growing up in a very musical household and busking regularly in Dublin as a teenager she left Ireland for London in 2014 to start a music degree. It was whilst at Uni that she met her manager and his roster of NAO, Mura Masa & John Calvert. After singing BVs for NAO in early 2015 she began developing her own distinctive sound with Mura Masa and John Calvert, releasing her first single 'KBG', followed quickly by her debut EP 'Royah'. Bonzai was shocked when Annie Mac picked her song 'Doses' as her 'Hottest Record' in summer 2015, having assumed her music was too leftfield for radio play. Her debut show then sold out in days, giving her the confidence to release another even more non-conformist EP - the 9-track 'Sleepy Hungry' - early in 2016. Annie again honoured Bonzai with a 'Hottest Record' for the track 'No Rest', rejoicing in the chaos of it. She was joined by Pitchfork who wrote "Bonzai might turn on a knife-edge, but there's no doubting the precision of her aim."