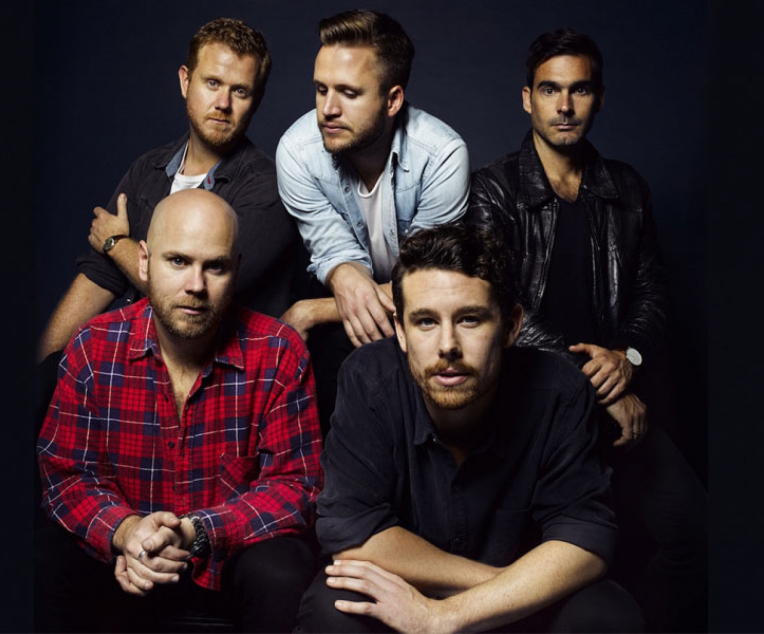 When your first EP wins you accolades like Rolling Stone’s Artist To Watch of 2010 and Triple J’s Unearthed Artist of the Year, not to mention wooing fans the world over – including the likes of Laura Marling and Marcus Mumford, no less – there’s only one thing you can do for your debut album: confound expectations.

“I would love to set a tone that says to our core audience to expect the unexpected on each record,” says Boy & Bear frontman Dave Hosking. “I think that’s what keeps us going personally, that creative endeavor to keep pushing ourselves and to find new territory.”

After the phenomenal success of their 2010 EP, With Emperor Antarctica – which transformed the Sydney quintet from promising new comers to bonafide international sensations, helping them land two songs in Triple J's 2010 Hottest 100, including their critically acclaimed cover of Crowded House’s “Fall at Your Feet” – Boy & Bear found themselves perfectly placed to take things to the next level for their first full-length effort, the freshly minted Moonfire.

“We were lucky that we could have done almost anything for this record,” says Hosking. “We thought for a while about producing it ourselves, but in the end decided at this point of our careers we’re better off soaking up as much wisdom as we can from other people rather than thinking we know everything already.”

That search for wisdom lead Boy & Bear to American producer Joe Chiccarelli, whose work with acts like My Morning Jacket, The Strokes and The Shins has earned him a reputation as someone who is both sympathetic to a band’s organic sound and able to add another dimension. Holing up with Chiccarelli in Nashville’s world-renowned Blackbird Studios in early 2011, Boy & Bear set about exploding their musical horizons.
“We wanted to work with someone who could push us,” says Hosking. “Someone who could take us out of our comfort zone and add a real rock/pop flavour to things. We wanted this to be more than just a ‘new folk’ record, because we really feel like we’ve out-grown that tag.”

None of which is to suggest that Boy & Bear have completely abandoned the sound that earned them a place as leaders of a new global folk movement. On songs like “House and Farm” and the gorgeous mid-album interlude, “Percy Warner Park”, Boy & Bear deliver aching harmonies and delicate acoustic textures with effortless aplomb, but for Moonfire, those quietly intense gems are part of a bigger picture.

“I think that probably there was a bit of a reaction after the EP, a reaction to being so boxed into categories of what we were and who our influences were and we’d definitely heard it all,” admits Hosking. “And I think that sometimes it’s really nice to go into these situations thinking, ‘This is who we definitely don’t want to sound like. We want to move away from this.’ So with arrangements for this album, we were thinking, ‘No it sounds a bit too much like this. Let’s do something completely different.’ And I think that’s led to the record sounding like it’s not just of a genre.”

With first single “Feeding Line” – already a Triple J favourite – leading the way, Moonfire sees Boy & Bear shift effortlessly into darker, deeper moods, building huge atmospheres that owe as much to the intensity of bands like the National and Arcade Fire as they do to the sonic adventurousness of classic artists like Neil Young and Bob Dylan.

“Dave has said from the start that this record will challenge people,” explains Tim Hart. “And I think it will, but the one thing that’s there and was there with the EP, and I hope will always be there, is that it’s just honest songwriting. We’re trying to push ourselves as songwriters and musicians and that means not standing still, but at the same time Dave’s melodies have a very distinct sound that means no matter how much things evolve, they’re always rooted in that melodic idea.”

That well-grounded, tempered musical evolution has also been matched by a lyrical transformation on Moonfire, with Hosking taking on a new direction as a wordsmith. “It came with two songs, ‘Big Man’ and ‘Part Time Believer’, which were sort of written at the same time,” says Hosking. “I was just really loving some raw honesty in the lyrics and loving telling stories. And since I have turned that page, I am really enjoying feeling like there is more personality, and more stories and more of a real edge to what I am singing about.”

And if that new attitude is an indication of where Boy & Bear find themselves on the eve of their first full-length release, then surely they couldn’t be in a better place.

“Honesty resonates,” says Hosking. “And I think that it if it resonates with you as a writer, then it is going to resonate with the listener as well. I think that just happens naturally.”

Natural, honest music that resonates with the listener . . . when you put it like that, maybe not much has changed with Boy & Bear after all.