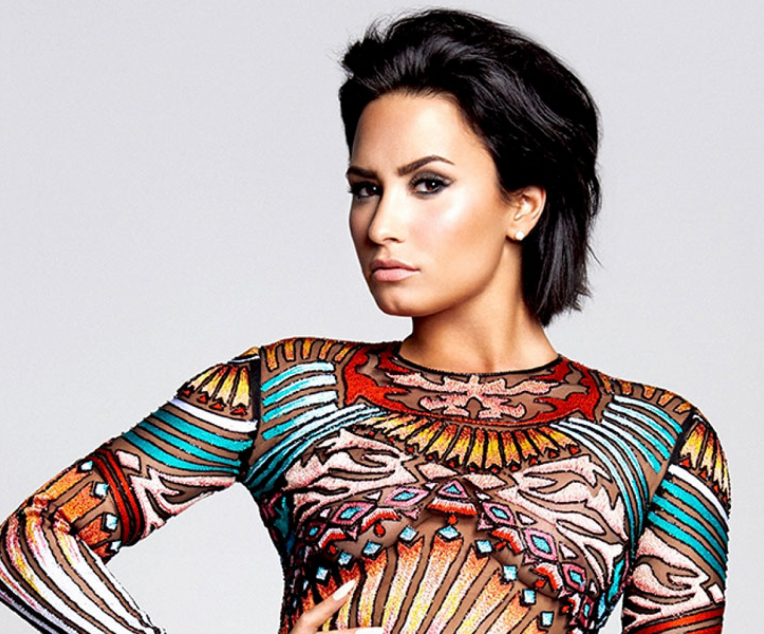 Demetria Devonne “Demi” Lovato (born August 20, 1992) is an American actor, singer and songwriter. She is best known for her role as Mitchie Torres in the Disney Channel Original Movie Camp Rock and for her role as Charlotte Adams in the short five-minute Disney Channel series As The Bell Rings. Her debut album, Don’t Forget was released on September 23, 2008.

Lovato was born in Dallas, Texas to Patrick Lovato and Dianna (Née Hart). She is of Hispanic, Irish and Italian descent. She has two sisters: Dallas Lovato, who is also an actress and singer and is five years older than Demi; and Madison DeLaGarza her half-sister, who is ten years younger than Demi. Her mother, Dianna Hart, was a Dallas Cowboys Cheerleader and country recording artist; her father, Patrick, moved to New Mexico after their marriage ended in 1994. He suffered some health problems and rarely sees Demi. But, the father and daughter saw each other for the first time in four years with a surprise visit in February 2008 by Demi. She is currently home schooled by a tutor due to her career.

Demi Lovato started acting at the age of six, when she landed her first series regular role as Angela on Barney & Friends, there she met her best friend, Selena Gomez. As time went on Lovato pursued her singing and instrumental career, and she guest starred on Prison Break, Split Ends (pilot) and Just Jordan. In January 2007 she landed a series regular role as Charlotte Adams on the Disney Channel original short series As the Bell Rings, which premiered on August 26, 2007 during Disney’s Back-to-School special night. She will soon be starring in a new Disney Channeloriginal series called Welcome to Holliwood that begins production in September 2008. Lovato also stars in the Disney Channel Original Movie Camp Rock as Mitchie Torres, which premiered on June 20, 2008. She is a singer and songwriter as well as a musician, playing guitar and piano since the age of eleven.

Lovato had opened for the Jonas Brothers on their summer 2008 Burning Up Tour. She also attended the Disney Channel Games 2008 in spring.

Her good friends, the Jonas Brothers, have also written songs along with Lovato for her debut album, according to USA Today. Lovato covered the Academy Award nominated song “That’s How You Know” from Enchanted on DisneyMania 6. Lovato was also voted #2 Hottest Stars in BOP Magazine in September 2008.