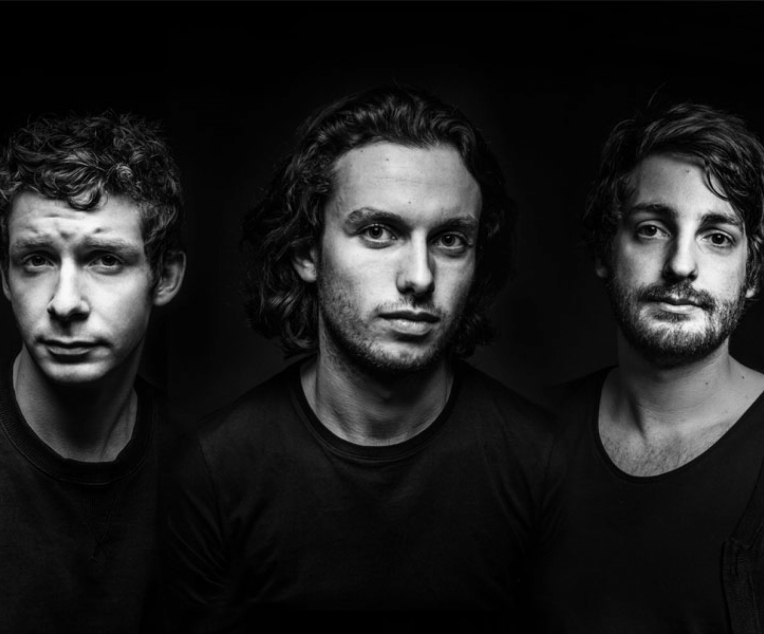 Emerging late in 2012 out of the ever-relevant cultural undergrowth of London town itself, Desert Mountain Tribe is a threefold onslaught of psychedelic rock heart and soul.
Arguably a genre which has noted a massive depletion in prominence within recent years, if not decades, the psych-blood flows strong still in the veins of founding members Jonty Balls (Guitar/Vocals) and brothers Philipp (Bass) and Felix (Drums) Jahn.
With the brothers having cut their teeth side by side throughout their formative years, playing together in a multitude of ensembles from a very young age, here and now in 2013 they constitute one of the more formidable emerging rhythm sections currently active on the United Kingdom’s club circuit.
Recording their début EP, an effort committed to tape in the trip-worthy surroundings of Shaken Oak Farm in Oxfordshire and subsequently mastered by none other Brett Orrison of The Black Angels, early in 2013- the result is a confident leap into genre-significance, with the bands time on the road since the disks release surely acting to supplement their new-found place.
In the year they have been active, Desert Mountain Tribe have shared the stage with the likes of Damo Suzuki¸ The Cult of Dom Keller, The Lucid Dream, Wall of Death and The Telescopes. Make no mistake; this is a group intent on making its mark within a long-lost area of British rock music.
With early stand-out track ‘Coming Down’ all set to feature on Reverb Conspiracy’s latest compilation offering (a release which will in-turn be double-headed by the equally legendary imprints Fuzz Club Records and Austin Psych Fest), a separate release is due in November via Greek label Sonic Playground.
A year into what has already proven itself to be an inter-sensual, mind-bending odyssey, Desert Mountain Tribe are currently making preparations for their eagerly awaited and as-of-yet untitled début album, whilst continuing to lap our tiny island nation in a string of sonic live performances.