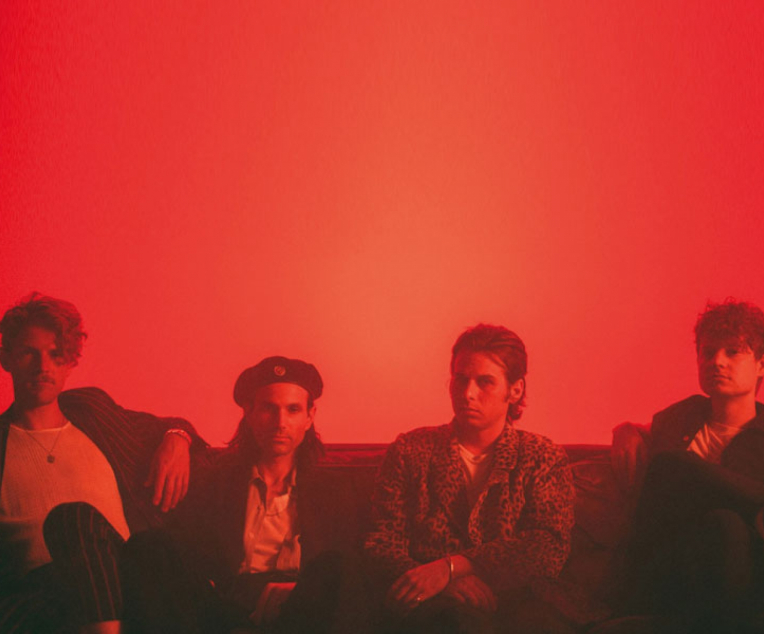 Foster The People’s third album Sacred Hearts Club is a 12-track effort that joyously flexes the group’s infinite creative powers, fusing neo-psychedelia, punk, funk, electronic, dance and hip hop. Bolstered by a diverse slew of groove-oriented songs, including the infectiously funked-out title track SHC, the synth-fused glide of “Doing It For The Money,” and the psychedelic prowl of “Loyal Like Sid & Nancy,” (complete with spoken-word piece that recalls Gene Wilder's memorable lines in Willy Wonka and the Chocolate Factory), the band captured a patient, ‘spiritually improvised’ vibe in the studio that set the tone for the entire album.

Foster and longtime touring cohort Isom Innis (he and Sean Cimino became full-fledged members this year alongside original member Mark Pontius, with Cubbie Fink departing the band in 2015) combined their formidable artistic strengths and “chased the music.” The first seeds were planted when they come off the road promoting their previous album, Supermodel. ”We’d go into the studio in L.A. or wherever we were and just start writing,” says Mark. “Verse chorus vibe was kind of our rule until we started transitioning to something transformational. We had that saying – ‘no stone left unturned’. So we took our ideas in many different ways through a process of construction and deconstruction."

The result is Foster’s indelible hooks intricately tethered to fertile, more adventurous beats, the two artists channeling shape-shifting chord progressions over cascading hip hop veins, blast beats, unstoppable dance grooves and snatches of hardcore punk. “We wanted to start out with a blank canvas not knowing where the songs would take us,” says Isom. Foster elaborates: “We wondered whether we wanted these different sounds we were creating to interact with one another... or to separate it, and as we continued to write, the sounds started to come closer again, intersect in a way that felt like we wanted to put it on one record. The records that excite me the most are the ones that take me on a ride."

Enlisting producers Josh Abraham and Oliver Goldstein, Lars Stalfors, Patrik Berger, and John Hill contributed to what Foster calls the “creative kindred spirit” of the album. He also points to the polarized global climate as being a catalyst towards a more thoughtful approach. "For the past two years I felt like I’ve woken up and something has happened that is tragic," he says. "A bombing, a terrorist thing, refugee crisis, the political situation with Trump, with the DNC leaks, Brexit, and seeing nationalism rise around the world, racism, homophobia...All these things I thought we were evolving past as humans seem to have come back in full force. For us it became clear that as artists we wanted to make something that was joyful and unifying.”