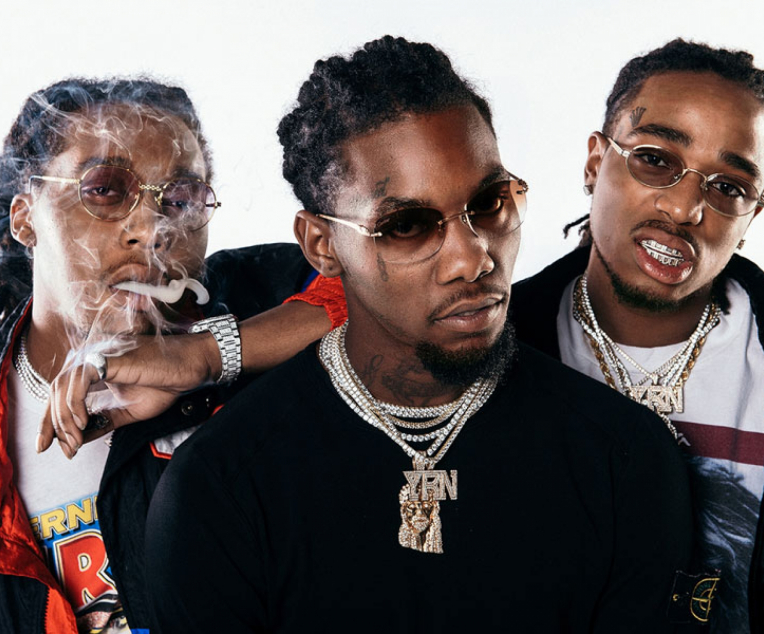 While their rise to fame was somewhere between fast and meteoric, the Atlanta trio Migos are steeped in the Southern tradition of hip-hop groups, having come together over their shared love of acts like the Hot Boys and OutKast. Members Offset, Quavo, and Takeoff got together in 2009 under the name Polo Club, with the name Migos becoming official in 2010. In 2012, they released the mixtape No Label, which featured the cut "Bando," a regional hit that caught the attention of producer Zaytoven and Kevin Lee, aka Coach K, the manager who launched the careers of Gucci Mane and Young Jeezy. The year 2013 was a whirlwind as June saw the group drop its Young Rich N*ggas mixtape, which featured the instant hit "Versace." That same year, Coach K got them on the Hot 107.9 Birthday Bash, a popular Atlanta festival where Migos came across their newest fan, Drake. The rapper added a verse to the "Versace" remix and put the cut on his 2013 album, Nothing Was the Same. No Label II Featuring the hit single "Fight Night," 2014's No Label II was the group's next high-profile release, as it was a mixtape distributed by major-label Atlantic. In 2015, the label released the debut album Yung Rich Nation, which featured the single "One Time." Later that year, Migos issued the mixtape Back to the Bando, which included their hit song "Look at My Dab." In addition to securing a Hot 100 entry for the trio, the track kicked off the dabbing trend, a viral dance phenomenon that became so popular by 2016 that, in addition to athletes and musicians, even politicians were dabbing. As mixtapes continued to drop, Migos released the 3 Way EP in the summer of 2016. By the end of the year, their collaboration with Lil Uzi Vert, "Bad & Boujee," began its ascent to the top of the Billboard Hot 100, hitting number one at the beginning of 2017, just in time for the release of their sophomore set, C U L T U R E. The album debuted at number one on the Billboard 200.