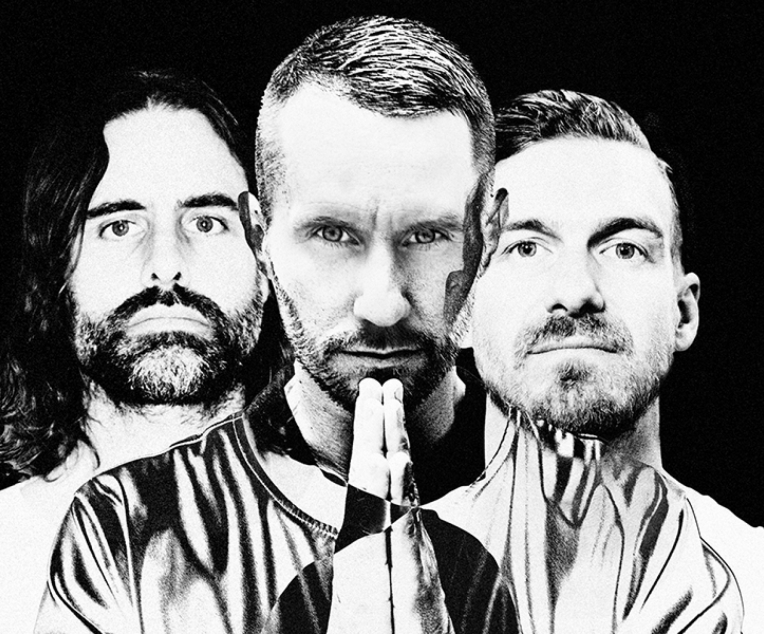 Miike Snow is – are – in a playful mood. The second, somewhat orchatronic, album by the three-headed-band with the one-man-name and mysterious Jackalope symbol is called Happy To You. Why?

“It’s a sign in the studio,” shrugs tattooed Swedish producer Christian Karlsson. “An old mis-spelt phrase postcard from Thailand. Nothing to do with any of the songs…but it sort of stuck.”

The band that should never have worked have turned a new corner, and turned myriad new tricks. Miike Snow’s second album is a triumph of tunes, set to burn up airwaves and dancefloors and festival-fields through 20 12 and beyond.

“Before this album, we were an idea,” reflects Pontus Winnberg. “This time we were a band. And this time, we had paid our dues – we’d toured in 27 countries for 18 months. When we came in to make Happy To You, we came in as a unit, and emotionally for us that makes a huge difference. And hopefully you can hear it.”

“Miike Snow is kinda like this playground,” says long-haired American singer-songwriter Andrew Wyatt. “I don’t think Miike Snow functions inside of a genre. A few people wanted us to be more properly in the dance world, but I don’t think this record is. Even our ‘dance’ songs aren’t really clubby…”

Breaking from a secret session designing the new live show, band member, producer and keys player Pontus Winnberg commented... “It’s like much of our stuff – we don’t really wanna tell people what the titles are about, or the lyrics, or what our thoughts are about. We’d prefer them to put them in their head and their lives and make their own interpretation. It’s nice to keep a little bit of mystery.”