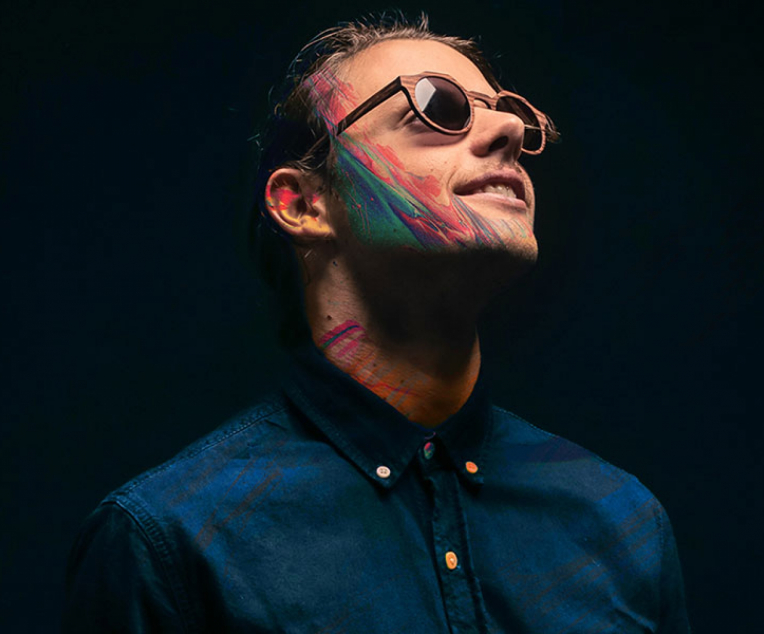 When not surfing the Australian waves, the musician Møme (aka Jérémy Souillart) likes nothing better than composing. He has converted his van into a studio-on-wheels and, driving from coast to coast, he composes as he goes. Jérémy was raised in Nice and his ‘chillwave’ sound is proving a great hit back in his native France. Influenced by the artists of the Australian Future Classic label such as Flume or Chet Faker, his EPAloha states his attachment to Pop Electronic music as testifies its aerial and beat soul covered by the voice of the Australian singer Merryn Jeann.


Before releasing his first EP (Eclipse, 2014), the 26-year-old musician used to play the guitar in a rock band. He still plays, though he has gravitated towards the computer- and synthesizer-produced software that inspired the expanding Møme project. The new sound lay behind the track ‘Cyclope’ on his second EP (Cosmopolitan, 2015) which along with the clip got him noticed by the musical press.

After producing his EP Aloha, Møme drove to Australia in his van last November and met other producers, male and female singers who feature on his recordings. Far from his comfort zone in the huge country where Future Classic was born Møme found a solid background to compose.

It’s not all life on the road. In order to finalize his titles and his next album, Møme stopped driving. Back in France since May he has been working in studio on his very first album “Panorama” due to be released on 25th November.

Jérémy’s musical experience ranges across jazz, to the French Touch and guitarists like John Butler. This breadth undoubtedly owes much to his love for the guitar and his formal piano training at Nice’s Academy of Music. From a composer with such a background, the neat yet startling sound of the Møme Project is hardly surprising. Starting out from the Soundcloud Community and now supported by the DDM Recordings label, Jérémy has naturally opened up to innumerable sounds gathered in one unique project: Møme.