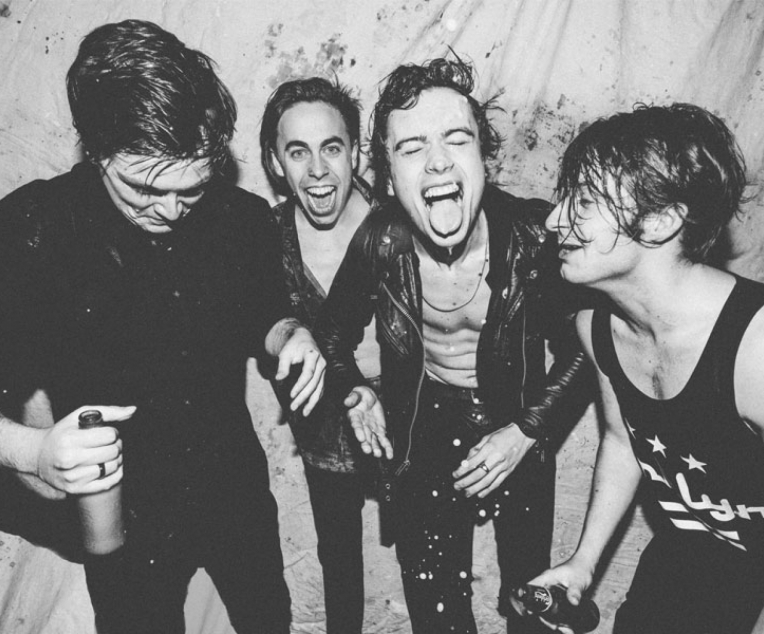 Luke, Conor and David first had the idea for the band in 2013, but Otherkin did not coalesce until they found drummer Rob later that year, drawn together by a shared love of bands like The Clash, QOTSA, Ramones and Blur.

Early gigs in college dorms and house parties gave way to regular shows on Dublin’s vibrant live venue circuit, which in turn blossomed into a step up to the Irish festival carousel - Longitude, Electric Picnic, Hard Working Class Heroes and Other Voices - in 2014.

After a couple of hand-made, self-released tracks, OTHERKIN hit their stride with the rambunctious grunge-pop single “Ay Ay”, which came to the attention of leading Irish indie label Rubyworks in early 2015.

The 201 EP - featuring “Ay Ay” and “Feel It” - was a quartet of quivering, shivering thumpers released to coincide with their UK festival debut at Leeds / Reading and their first full-length UK tour. Radio exposure came courtesy of support from Annie Mac on BBC Radio 1 and John Kennedy on Radio X, while MTV Rocks added videos for both songs into their new music playlists.

The band kicked off 2016 with a thrilling gig at Eurosonic in Holland, which led to many festival offers for this coming summer. OTHERKIN released their new track ‘I Was Born’ in February, the first taste of their second EP, mixed by Jolyon Thomas (Slaves) to be released later in the spring.