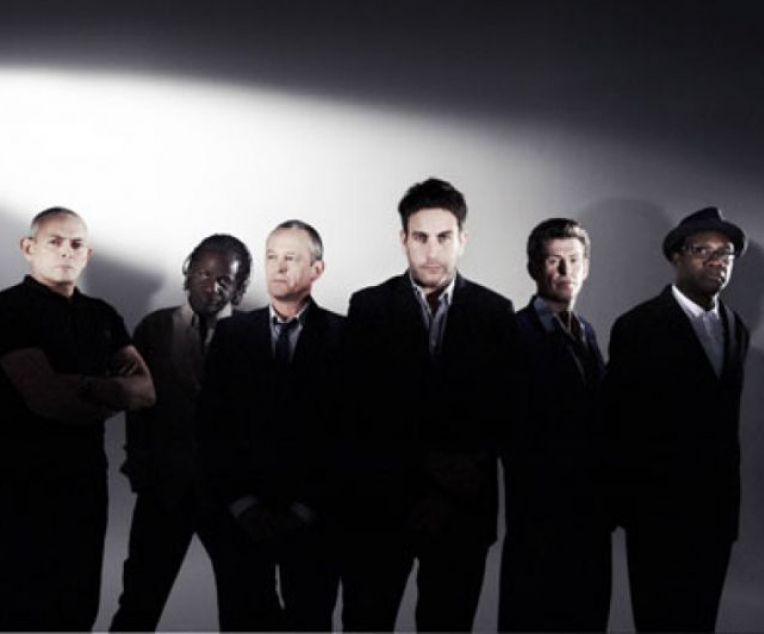 True innovators of the punk era, the Specials began the British ska revival craze, combining the highly danceable ska and rocksteady beat with punk's energy and attitude, and taking on a more focused and informed political and social stance than their predecessors and peers.
The band was originally formed in Coventry, in 1977, as the Coventry Automatics and later the Special A.K.A. by songwriter/keyboardist Jerry Dammers, with Terry Hall (vocals), Lynval Golding (guitar, vocals), Neville Staples (vocals, percussion), Roddy Radiation (guitar), Sir Horace Gentleman (bass), and John Bradbury (drums). An opening slot for the Clash stirred up interest with the major labels, but Dammers instead opted to start his own 2-Tone label, named for its multiracial agenda and after the two-tone tonic suits favored by the like-minded mods of the '60s. The Dammers-designed logos, based in '60s pop art with black and white checks, gave the label an instantly identifiable look. Dammers' eye for detail and authenticity also led to the band adopting '60s-period rude-boy outfits (porkpie hats, tonic and mohair suits, and loafers).

The Specials
the Specials debuted with the "Gangsters" single, which reached the U.K. Top Ten in 1979. Soon after, hordes of bands and fans followed in the same tradition, and the movement reached full swing. Over the next several months, 2-Tone enjoyed hits by similar-sounding bands such as Madness, the (English) Beat, and the Selecter. Late in 1979, the band released its landmark debut album, The Specials, produced by Elvis Costello. They followed with several 2-Tone package tours and a live EP, Too Much Too Young (confusingly credited to Special A.K.A.). The title track, a pro-contraception song, was banned by the BBC but reached the number one spot in the U.K. At this time, the band switched musical directions, releasing album number two, More Specials, with a new neo-lounge persona. Signs indicated that the movement was fading and 2-Tone began to experience financial troubles. Nevertheless, a film documenting the 2-Tone package tours, Dance Craze, as well as its companion album, saw considerable success.

In the Studio
"Ghost Town," one of the band's most significant singles, was issued in 1981 amid race-related unemployment riots in Brixton and Liverpool. The song jumped to number one, but the band was falling apart. Hall, Staples, and Golding left to form Fun Boy Three, leaving the band without its trademark voice. Dammers held on, reverting back to the old name, Special A.K.A., and enlisted a new vocalist, Stan Campbell. After several years, they returned with In the Studio in 1984. They managed a few hits, including "Racist Friend" and "Free Nelson Mandela," but the album stiffed. The band's final single, "What I Like Most About You Is Your Girlfriend," failed to break the British Top 40. Dammers dissolved the unit and pursued political causes such as Artists Against Apartheid.

Today's Specials
Shortly after the official breakup, various members of the band joined up with other ska revivalists (English Beat, etc.) to form a touring unit named Special Beat. By the mid-'90s, in response to the third wave ska revival, a Dammers-less version of the Specials reappeared with a series of shameful cash-in albums: Today's Specials (1996) Guilty Til Proved Innocent! (1998), and Conquering Ruler (2002).