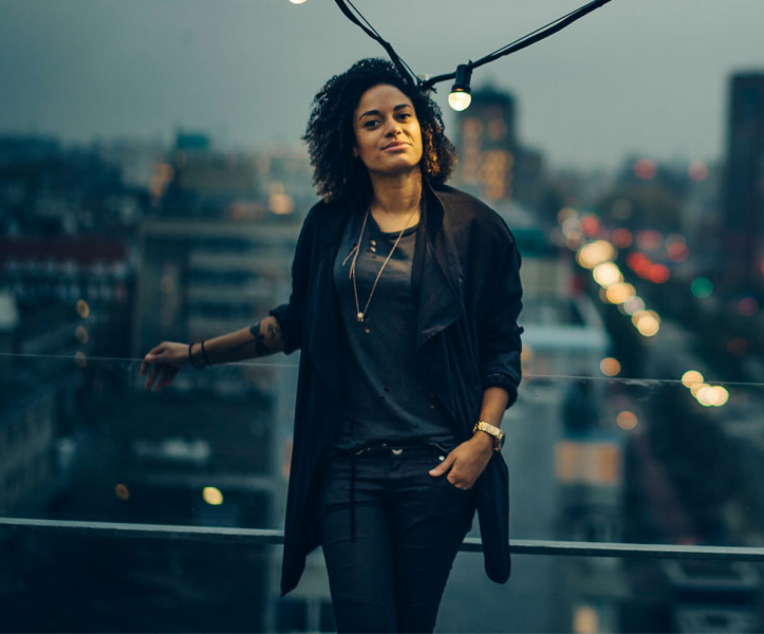 Carita La Niña is one of the Netherlands most popular female DJs. With her upbeat personality, superb skills and buckets of talent, she stands her ground in the cutting -edge Dutch dance scene, thus blazing a trail for all women trying to carve out a career in this male-dominated industry. These days, Carita is performing at the biggest venues in the Netherlands, treating discerning Dutch dance audiences to a varied mix of delightful house music. She has a natural instinct for what the audience wants to hear, but does not flinch from going off on a musical tangent with her mysterious minimal deep tech house. Adding her own smashing productions to her sets, Carita now has the complete package to stir things up and have the whole club boogying the night away to her powerful house beats!

Even at a young age, she knew that music was the life path best-suited to her. Before her ambitions led to the DJ-ing part, she was working at Fat Beats Amsterdam – the go-to record store for the hip- hop community.
In a major boost to her new calling, the leading Dutch comedian Dolf Janssen asked Carita to assist him in his TV program Later It Will Be Fun! Carita is responsible for the show!s opening tune, as well as funny tunes accompanying the subjects being bantered about by Dolf and his guests. Pierre Papa, the then-Program Director at the FunX radio station, spotted her on TV and brought her in to host her own radio show. Together with DJ Chuckie, Carita presented FunX Club every Friday night for about a year. She then left for event organizer ID&T, at which she was charged with promoting various major events.
Carita then caught the eye of sportswear giant Nike, which built an entire campaign around her lifestyle as a DJ, entitled Nike Rebel Girl – Girl during Daytime, Rebel at Night. In June, 2009, Carita attended the Nike World Conference in Punta Umbria, Spain, which showed the Nike Rebel Girl campaign.

2010 has been an active year also for Carita because she was chosen again to be one of the frontrunners of the new Nike campaign “Take Mokum”. Her face was all over Amsterdam to make the people familiar with their worldwide project Run Unleashed. In the lines of making history Carita was the first female DJ at Dirty Dutch. Crowned by Chuckie as ‘The First Lady Of House’ Carita is proud to be part of the Dirty Dutch fam that is taking the world by storm.

With a release at Hardwell’s label together with Dash Berlin (‘Dragonfly’) and remix requests by pop queens such as Britney Spears and Beyonce, Carita is destined to reached big highs in the international house scene