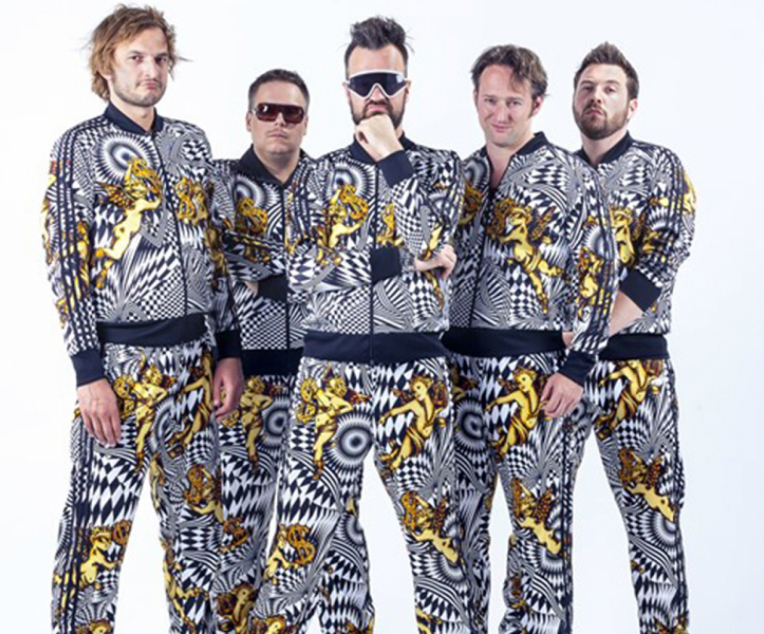 MEMPHIS MANIACS is a live mash-up collective with a highly impressive track record for a band that has no album, no record label, and no airplay.

The so-called “Masters of the Mash-Up” take the audience on a rollercoaster ride by ingeniously cutting, copying, and pasting unexpected combinations of (existing) killer tracks from very different genres into highly explosive mash-ups. Musically they have often been compared to 2manydjs (after dropping their turntables, taking some steroids and picking up instruments instead). But the performance of the Memphis Maniacs goes far beyond just mixing lyrics and music, defying the boundaries between genres, madness, entertainment and virtuosity.

Like no other band they know how to use the elements of recognition and surprise in order to work a crowd into a massive musical orgasm. Expect a legendary party with rock&roll attitude and a dancefloor that makes you gasp for breath, brought to you by what has been hailed by critics as “the most innovative live act in years.” Or, like a fan of the band once beautifully phrased it: “This is sex translated into art, into action, into music.”