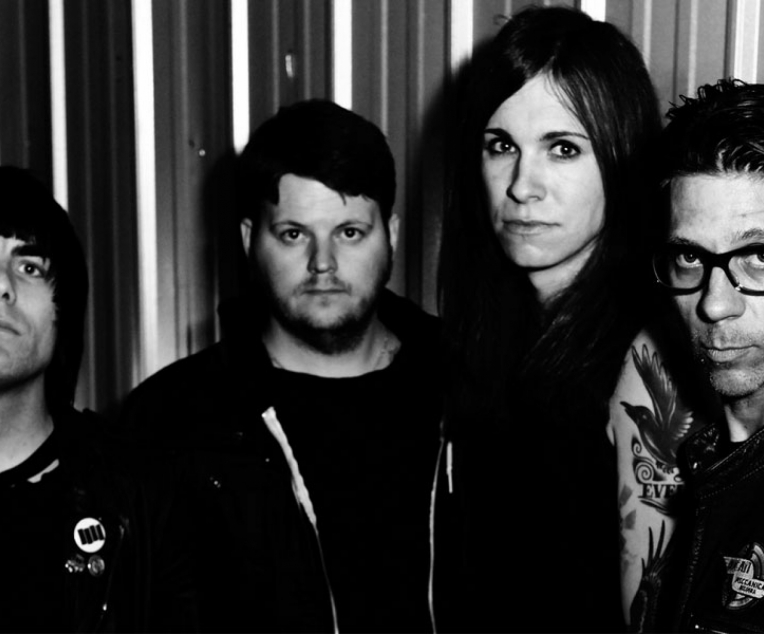 A decade ago, Tom Gabel began his music career as a 17-year old solo acoustic act known as Against Me!, belting out songs of rebellion in Laundromats and any other venue that would have him.

Flash forward to today, and Gabel's agitation cycle is still cranked high, but not without a wild streak of optimism thrown in for good measure. For the past five years, the gravelly roar of the vocalist/guitar player has been part of a thunderous and thoughtful foursome featuring Andrew Seward (bass), Warren Oakes (drums) and James Bowman (guitar), still doing business under the Against Me! moniker. Churning out a distinctive blend of punk, rock, and even folk that is impossible to label, they have toured all 50 states and foreign lands from Iceland to Australia, forging an intense connection with their growing legions of fans.

Now, after three successful full-length records on indie labels-- Reinventing Axl Rose (No Idea, 2002); As the Eternal Cowboy (Fat Wreck Chords, 2003) and Searching For a Former Clarity (Fat Wreck Chords 2005), which reached #9 on the Billboard Top Independent Albums chart and featured the thumping "Don't Lose Touch"-- this Gainesville, Florida band is making its major-label debut on July 10, 2007 with New Wave (Sire Records). The title is tidal for a powerful reason.

"We felt like that was our mission statement, or our manifesto for the record," Gabel said. "Instead of sitting back and complaining about how there's no good music out there, you should be energized and take things over. Be the bands you want to hear. It meant 'wave' in a literal sense, coming and washing away mediocrity... Why let someone else have the loudest voice?" asks Gabel, and with his band's new record, he most surely has not.

The album opens with a colossal, angst-fueled one-two punch: "New Wave" and "Up the Cuts" are driving, irresistible tracks, seething with energy and alternately pleading and snarling... More