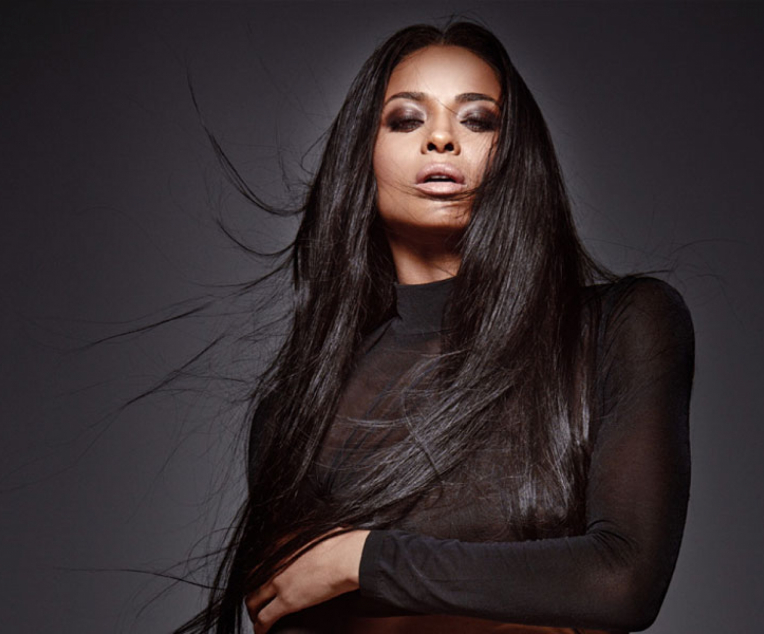 She’s a global superstar whose infectious tunes have resulted in multi-platinum albums, smash singles and a truckload of awards. Her dazzling dance moves have mesmerized audiences worldwide. Her striking good looks have led to modeling opportunities and her magnetic screen presence has jumpstarted a promising acting career.

But with Basic Instinct, her fourth album, Ciara wanted to push things further than she ever has before. “With this album I wanted to take it back to the basics and bring back the bass,” says Ciara. “At the same time, I’m still showing my growth and trusting my first instinct, my basic instinct on everything – my music choices and creative choices.”

Ciara’s instincts ring true time and time again throughout the dynamic collection, which features her as an assertive, visionary woman whose life experiences have taught her to trust herself and her decision-making process. The up-tempo “Girls Get Your Money,” for instance, stands as the next girls’ anthem, as CiCi salutes women who go hard for their success, something she continues doing. She then shifts gears on the sultry yet charming “You Can Get It,” where the chanteuse takes a phrase typically associated with men and makes it her own.

“I remember playing that song in a meeting and a lot of the girls were laughing, like, ‘Uh huh,’ and the guys were saying the same thing,” Ciara recalls with a laugh. “The guys were like, ‘Yeah. We know what you’re talking about.’ I want to make a record for my girls, but what I’ve felt over the years is that when I do a record like ‘Oh’ or even ‘Promise,’ those records represent for my girls, but the guys like to hear it and hear their girls saying those things or doing the moves.”

Guys will certainly like the moves described in “Turn it Up (Heavy Rotation).” On this energetic, bass-heavy tune, Ciara imaginatively describes turning her man’s bed into a dancefloor during a secret rendezvous. There’s a definite sense of excitement, but Ciara also injects an air of innocence into the song. After all, she does want the door closed.

Ciara then delves deeper into relationships on the heartfelt “Speechless.” On this duet with The Dream, Ciara clamors for more time with her man while celebrating the feelings she has for him. More than material love, Ciara seeks the type of relationship where commitment is more than financial. “I look forward to a person taking time to hear me out,” she explains. “Spending time with me means more than anything. A bag is cool. It lasts for the moment. A shoe is cool. It lasts for the moment. But, if you spend time and you actually take a moment to hear what I say or get involved and support me, that’s the best feeling in the world.”

Of course, any relationship can have shortcomings. Ciara slows things down on the guitar-propelled “Flaws,” which details both her man’s deficiencies and Ciara’s steadfast willingness to stand by her mate despite them. It’s this type of confidence that also makes “What He Wants For Dinner” so compelling. On this reggae-tinged cut, Ciara sings about how she isn’t worried about other women trying to lure her man because she’s sure they cannot compare to her.

Ciara’s assuredness also manifests itself on “Gimme Dat,” a thick, uptempo tune that triumphantly announces her return to the music game, and on the album’s sultry first single “Ride.” Comparing herself to a gymnast on the latter, it’s no surprise that the cut’s video features her unparalleled, lithe dance moves and flawlessly toned physique. (Maybe that’s why the “Ride” video has more than 10 million YouTube views.)

In fact, this sensual, sexy selection features frequent collaborator Ludacris who adds a devilishly clever verse to the song, making for another memorable collaboration. “We joke with each other about how we’re almost like a group now,” says Ciara, who also worked with Ludacris on her platinum single “Oh” and “High Price.” “He just knows how to bring a different kind of energy, a unique energy to the record, and that’s why I love working with him. His animation is amazing and the way that he moves through a track is crazy. ‘Ride’ is a mid-tempo record, but the way he raps adds a cool tempo to it with his rhythm.”

To be fair, Ciara has added plenty to music in her own right. The Atlanta-based artist exploded on the scene in 2004 with her ubiquitous single “Goodies.” Featuring Petey Pablo and produced by Lil Jon, the song put her next to two of music’s biggest acts and Ciara stood tall, asserting that she was a strong, independent young woman who embraced and recognized her sex appeal but transcended just good looks.

Ciara’s second album, 2006’s Ciara: The Evolution, was also certified platinum, marked her progression as a songwriter and spawned another round of hit singles: the creative “Like A Boy,” the sensual “Promise” and the ode to hood love “Can’t Leave ‘Em Alone” with 50 Cent. Her third album, 2009’s imaginative Fantasy Ride, included the infectious single “Love Sex Magic” with Justin Timberlake. The album was a bold artistic statement from Ciara, who imagined herself as the superhero Super C on the album’s artwork. Super C represents Ciara’s inherent strength and drive.

Having mastered the music world, Ciara is also fulfilling her other dreams with ease. She debuted in her first movie role, the MTV Films picture All You’ve Got and intends to continue to pursue acting. Additionally, Ciara is a rising model -- a natural progression cemented by her appearance in the June/July 2010 French edition of Vogue. “I love to mix and merge the worlds of fashion and music because I am very passionate about both,” says Ciara.

Ultimately, Ciara hopes to set herself and her family up so they never have any financial concerns. Planning for tomorrow, Ciara focuses on handling her business today. “When I talk to my team, I say, ‘We got to get that money,’” she says with a big smile. “I kind of joke about it, but at the same time, I’m serious about it. That’s my whole mindset so one day I can create a legacy for my family that we’ve never had. That’s one of my goals.”

For now, Ciara is focusing on promoting Basic Instinct, an album she hopes will inspire her fans – both to have fun to and to pursue their dreams. It’s also a landmark record for an artist who has hit a comfortable creative stride. “I’m really running with my ‘basic instinct’ -- the first feeling. I’m even giving more of myself, too, because I’m really private. Over the years, my music has been my voice. With Basic Instinct, I wanted to give more.”