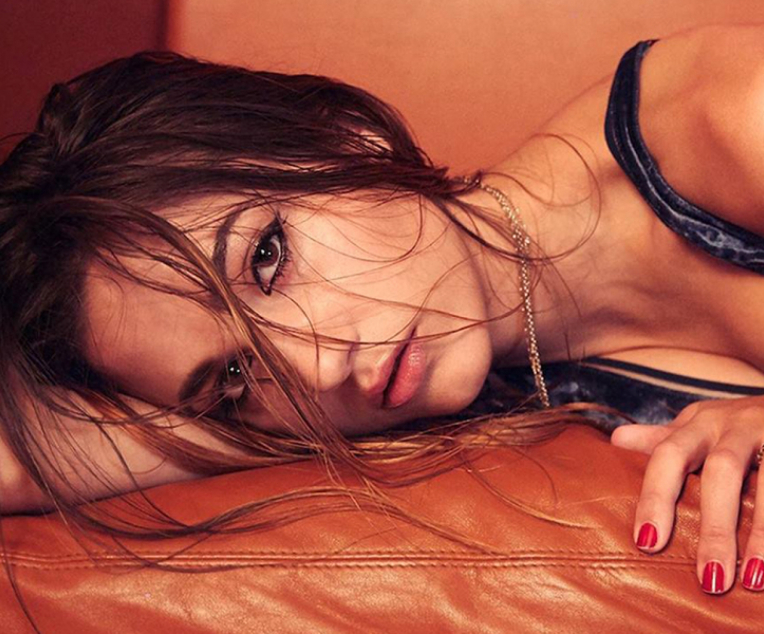 A voice that stops you in your tracks, that gets under the skin of a lyric, and inhabits every syllable of a song. We probably used to react like that to singers more often than we do today. Ella, Etta, Billie, Aretha, Dionne. Dusty, Joni, Amy, Adele, Lana. Latterly, the list has looked thinner. Vocal acrobats, always using 10 notes when one or two would do â – they’re everywhere, from cruise ships to TV talent shows. Restraint, a sense of simmering emotion, of longing, of buried passion, smouldering beneath the melody: âthat’s real singing, and it’s a rare and precious quality.

This summer, a new artist announced herself in no uncertain terms. The Melbourne-raised Kaity Dunstan, who sings under the name CLOVES, released an EP that had fans of the vocal greats of yesteryear dusting down the superlatives and pinching themselves in disbelief. Not yet 20, CLOVES already has the voice of a veteran. In her songs, feelings are hinted at rather than shouted from the rooftops, but you can hear the hurt in every bar. Endearingly, CLOVES herself seems only dimly aware of the gift she has.

“I still find it hard to listen to my own voice,”âshe says.â “And I definitely don’t understand where it comes from. I can listen to other singers and think, â ‘God, I wish I could sing like that.â ’ But that’s got to be better than me sitting there thinking, â ‘Wow, I sing good.â I’ve always been a fan of tone and expression in voices, rather than lots of elaborate runs.â ”

She admits there was a time where she went in for some Whitney/Mariah-style acrobatics herself. “I always saw where I wanted to go, and heard how it sounded in my head. And I always knew the music I loved. I found the spot where I wanted to sit, though I went through all the poppy stuff before I got there. So I tried that whole massive-singing thing; I used to go to loads of open mic nights where everyone did that, and then I’d get up and perform my own song, with an acoustic guitar. Everyone else got up and sang a Whitney song, and people would clap. I realised that I had to start doing my own thing or it was all going to turn to ashes. I mean, I tried singing like that, but I knew I had to break out on my own.â ”

At the age of just 13, CLOVES and her sister began gigging in Melbourne bars and pubs, their father doing the heavy lifting and keeping an eye on his daughters. It would prove an eye-opening schooling. “My dad was constantly driving us to shows and handling all the gear. At the time, I didn’t really understand that stuff. There was no strategy to it, we’d just sing as many songs as we could. I’d write them, and then my sister and me would get up and perform them. I needed a sense of purpose, there was so much going on in my head at the time. I’âm still the same,”â she laughs. â“I can’t just sit there and watch a film, I have to do something, walk around, go to the gym. I just get so antsy about everything. It pisses everyone off.â ”

But CLOVES’ dream of being a singer goes even further back than her early teens. â “It was always there, I carried it round in my head: that the only thing I wanted to do was to be a singer. I’d sit in school and feel like I was wasting my time. I was there but my head was somewhere else. There was never a defining moment where I thought, â ‘This is serious.â ’ I was always serious about it. I remember when I was about seven or eight, my dad set up this little microphone and stand in the garage. It wasn’tâ even attached, but Iâ ’âd go in there for hours and hours and perform at the wall; Iâ ’â d run around and lip-synch, pretending I was in an arena. I’d even dress up and put makeup on. It actually felt real to me, which I guess is kind of weird. But something was there, even then. This thing was sitting there, inside me.”

CLOVES wrote her first song when she was 11â–âand, no, she isn’t about to let anyone hear it. â “My mum saw a poster for a song competition on the wall at school, and she asked me if I wanted to enter. I think the prize was some sort of record contract. I didn’t get anywhere: it was the worst song of all time, called Just a Memory. The lyrics went: â ‘The time you shared with meâ –â just a memory.â ’â It was terrible. But I carried on, Iâ ’âd write a song and then play it to my mum and dad and theyâ ’â d go, â ‘â Oh, thatâ ’â s so goodâ ’â , even though it was rubbish. But it was amazing to have that sort of encouragement. They were always on at me to write, practice, develop. My dad had a bunch of guitars in the house and spotted that I was fascinated by them. I think heâ ’â s got terrible taste in music, heâ’âll go, â ‘â Iâ ’â m not sure about this new song, I liked your old onesâ ’â, and they were so âbad.â ”

School was a distraction, she says. â “Everything else I was doing felt unconnected. Music was the only thing that gripped me completely. I was a complete pain at school. I was good at maths but I’d never study at it. It just seemed irrelevant to me. I got various jobs, I was a sales assistant, I worked in a cafe, but I was always away with the fairies. And I did a bit of acting and modelling, but I didn’t like being someone else. I didn’t feel that I was ever myself in those situations. I felt like a coat-hanger.â ”

An early development deal taught CLOVES the importance of not compromising, no matter the temptation there can be to do just that. â “The first people I worked with tried to iron all the kinks out, but I wasn’tâ having it. You can hear the discomfort in those early songsâ– they just weren’t me.â” At the same time, a process of elimination was helping her understand what she needed to change in her approach to songwriting. â “Looking back, I was just writing about things I heard other songwriters dealing with, and thinking I understood them. It took a while before I started writing lyrics where I could go, â ‘âThis is all making sense to meâ ’â , and that made me upset to sing. At the start, it was just lots of sad love songs. The usual thing.

“I used to love making everything sound really difficult; I used to use lots of metaphors, you know, â ‘What’s the weirdest word I can find?â ’.â At the time, everyone was going through this indie-pop phase, and writing really strange lyrics, and I thought that was the cool thing to do. It took my realising that I wasn’t getting my point across that way to make me stop. I’d listen back and go:â ‘That’s not what I was actually thinking.â ’â And in a sense I could have been singing anybody’s songs; they didn’tâ sound like me. Now, if I write something that is genuinely upsetting to me, then it rings true. I can hear it, if you know what I mean.â ”

On Frail Love, the lead track from CLOVES debut EP, you can hear it, too. Working with Justin Parker (Lana Del Rey, Sia, Rihanna) and Rich Cooper (Mumford & Sons, Banks, Lucy Rose), CLOVES has fashioned music of haunting minimalism: pop-noir soundtracks over which her extraordinary voice arcs and keens.â “They get what I’âm trying to do completely, it’s like telepathy. If it takes time, all the better: you’ve got to honour your feelings, not go for the quickest fix. I carry a notebook around with me everywhere. Not just for lyrics, sometimes it’s just a splodge of words about something that’s really annoying me or getting to me, and only later will that work its way into a song. It’s like a feeling that’s waiting, patiently, sometimes impatiently, to be expressed. I take forever to write lyrics; they mean too much to me to rush. If something is upsetting me, I won’t really bring it up with people, I just let it simmer. And then I’ll find myself singing an idea and think, â ‘âAh, that really was an issue, wasn’tâ it?â ’ You know: â ‘Thereâ you are.â ’”

The name CLOVES was inspired by a trip to Bali, where cloves are a national symbol. â “I went there straight from being in LA for five weeks, and the contrast was breathtaking. In California I had my head up my own arse by the end, and the minute I got to Bali I went:â ‘I need to get my act together.â ’ I went from that constant hustle to what felt like real life.â ”

Slowly but surely, CLOVES debut album is taking shape, but, as we’ve learnt, she won’t be rushed. â “I want it to be stripped back and all about the songs â – â because they need to breathe. Over-polishing things just takes away so much of what is special about them. So, yes, the iron has been unplugged and thrown out. Someone asked me the other day:â ‘What is success to you?â ’ And I said: â‘Being happy with the album. To be able to feel that I’ve done something good, that sounds like me.â ’” It will, it will. And when you hear it, it will stop you in your tracks. This âis serious.