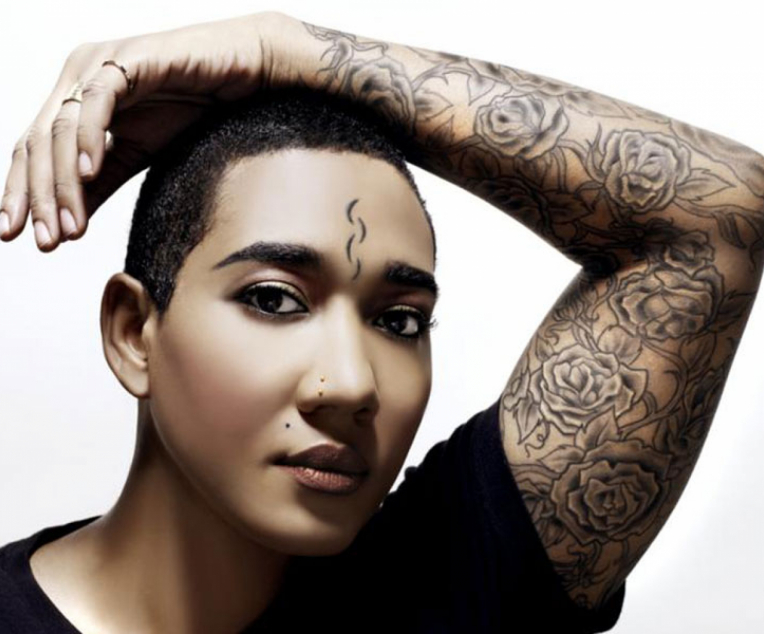 expressing herself with songs that not only showcase her vocal styling but highlights her
skills as a lyrical storyteller.
Also known to her fans as ‘KINGSINGA,’ she is responsible for chart topping hits such as SHY
GUY from the soundtrack of the Bad Boys movie, which starred Will Smith and Martin
Lawrence, ‘SAY A LITTLE PRAYER’ from My Best Friends Wedding starring Julia Roberts, LOVE
TRIANGLE, SUMMER BREEZIN, LLIES, SPANISH TOWN BLUES from ‘Anniversary,’ the Grammy
nominated album by Sly and Robbie, and co-wrote and was featured on TREAT HER LIKE A
LADY from Celine Dion’s ‘Let’s Talk About Love’ album. Her distinctive mark can also be
found on the Notorious B.I.G album, ‘Ready to Die’ which features KING collaborating with
the late B.I.G on the track, RESPECT.
Her distinctive !avor has been sought after by acclaimed musicians and artist's such as,
Brian McKnight, Kyle Eastwood, Jimmy Jam & Terry Lewis, and German Reggae Star
Gentleman. Her catalogue also holds hit Reggae covers of famous songs like, AIN'T
NOBODY, DO YOU REALLY WANNA HURT ME, HEY JUDE and PIECE OF MY HEART.
KING’s "rst CD ‘TOUGHER THAN LOVE’ featuring SHY GUY was released on the Sony Music
Label. Her debut album grossed over 5 million in sales worldwide and led to her sophomore
album ‘THINK LIKE A GIRL.’ Both original and remix versions of DIANA’S hit song SAY A LITTLE
PRAYER, the follow up single to the infectious L-L-Lies were huge #1 hits on the Reggae R&B
and Dance Billboard charts worldwide.
She’s come a long way since SHY GUY receiving ProTools® certi"cation, investing in a home
recording studio and penning, voicing and producing a catalogue of her own music.
The ‘KINGSINGA’ has much to look forward to as she embarks on the next phase of her
career. Through ThinkLikeAgirL Music Inc., she has signed a licensing deal with Warner Music
Japan for the release of her latest (self-produced) album - ‘WARRIOR GURL,’ (a deal which
allows her to maintain 100% ownership of her music).

Regarding her new album "AgirLnaMeKING' Diana has an interesting story.
She is no stranger to obstacles, she's had a very rough childhood but went on to become
one of the most famous female singers to emerge from the island of Jamaica.
A few years ago, she was diagnosed with "MS" Multiple Sclerosis and was told that she
may not walk again. After a long bout of depression, as is expected with news of this
nature, she decided not to accept that she had this disease and rejected all the drugs the
doctors suggested. She literally willed herself to walk and took care of herself by using
natural methods. During the time she was unable to walk, she couldn't work (sing on
stage) either, which led to deeper despair. But as the months rolled by, she soon found
therapy in writing. She had always written her own songs but had never produced. So she
bought some equipment, set up a small home studio, went back to school, got certi"ed to
operate Pro-Tools and taught herself how to play the piano well enough to produce what
she was hearing in her head. The more she wrote the more her symptoms disappeared, it
was like a miracle, and she felt GOOD.
By the time she was done she had written and produced about 100 songs by herself,
music and vocals.
These songs represent a few of the "rst set that she would like to share with the world.
Her unique style of blending her native Reggae and Jamaican dialect with R&B, Soul,
Dance and Pop, has made her a standout artist since the release of her "rst hit "Shy Guy."
Diana has always believed in staying true to herself, as an artist and as a person.
These new songs take you on a musical journey and shows her versatility. They truly live
up to what her fans have grown to love and expect from her, only this time it's all her.