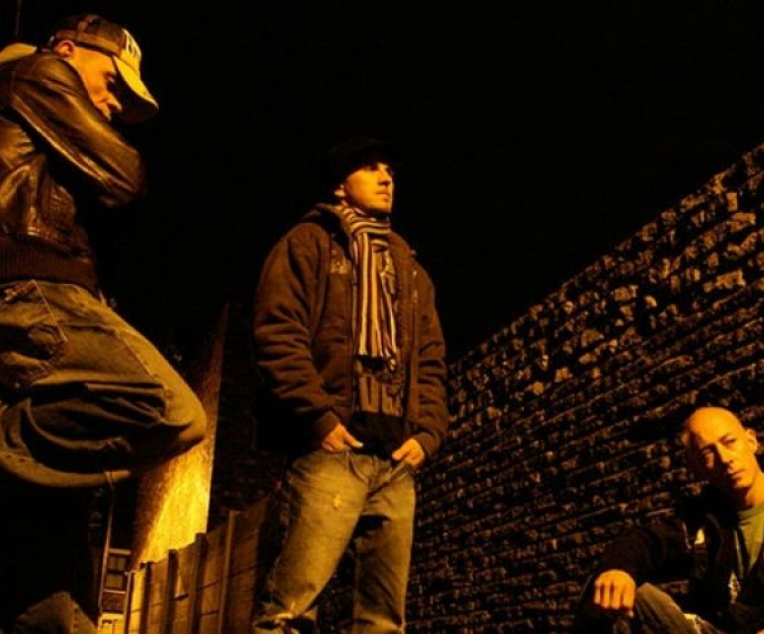 When East 17 stumbled into the Walthamstow limelight in late 1991 they had little idea that their rabble-rousing brand of boy-band pop would create such a storm. Indeed, at the outset, a young Tony Mortimer had been on the verge of signing a solo deal with London Records until ex-Pet Shop Boys manager Tom Watkins suggested that what the world needed was a boy-band antidote to Take That and a band that bad girls could fall in love with. Of course, what Mortimer says now is that he really thought the world needed a UK version of New Kids On The Block and when you think about it this is not a million miles from the inevitable truth. The resultant chaos produced a 1992 debut single, House Of Love, which sold 600,000 copies and a debut album that hit the No.1 spot the following year. The band went on to achieve 18 Top Twenty hits (including Deep, Steam, Let It Rain, It’s Alright and Christmas No.1 Stay Another Day, the latter remaining No.1 for five weeks) as well as four Top Ten albums and sales of over twenty million records. And when East 17 finally split in 1997 it was heralded (and still remains) one of the greatest break-ups in pop history.

EAST 17 were Tony Mortimer, John Hendy and Terry Coldwell but it hasn’t always been this way. Back in 1991 Mortimer’s school-friend Hendy had been hired to provide backing vocals whilst Coldwell and Brian Harvey (who were three years younger) were originally commandeered as dancers. Tellingly, however, Mortimer heard Harvey singing along in a recording session, noted that his own songwriting skills and rap sensibilities absolutely suited Harvey’s fluid R & B vocal overtones and the latter was elevated to lead singer. The ploy worked and soon East 17 were ubiquitous not just in the UK but throughout the world; It’s Alright made them the biggest band in Mongolia, stayed at No.1 in the Australian charts for seven weeks and when the band visited the country the airport was so mobbed with fans they had to sneak out through the back doors; in 1994 the band’s second album Steam reached No.1 and spawned the epic ballad Stay Another Day which earned Mortimer an Ivor Novello Award; in 1995 the band played to 100,000 in Moscow’s Red Square then watched boggle eyed as the usually stony faced security services danced and sang along with the crowd (some of whom – the band found out later – had sold their shoes in order to be able to attend the show); and in 1996 even a duet with Gabrielle called If You Ever reached No.2.

In 1997 with little serendipity East 17’s world came crashing down around them. Harvey did a radio interview in which he suggested drugs were cool and “ecstasy can make you a better person” and whatever one thinks of his comments now it’s plain to see that they were ill-timed: the country’s media had barely recovered from the ecstasy-related death of Leah Betts and the subsequent tabloid furore was part-fuelled by the singer’s apparent moral abandonment; Harvey was sacked, then Mortimer left and the band imploded. A year later Harvey rejoined but it was never going to work without Mortimer and a No.2 single entitled Time on Telstar was an isolated incident. It was time to call time.
Fast forward to June 2012, East 17 sign to FOD Records, songwriter and main-man Tony Mortimer takes over vocal duties and if a new single called Can’t Get You Out Of My Mind (Crazy) is anything to go by then this move proves to be a revelation. Can’t Get You Out Of My Mind (Crazy) is about a gorgeous girl you notice at a rock ‘n roll after-show party but more than that – it marks a sea change in East 17 repertoire that sees them sound like a cross between Summer Of ‘69/Boys Of Summer Americana and, well, bands like Coldplay and U2 it would seem. Mortimer explains the change in direction. “I think everyone is subconsciously inspired by American music and rock ‘n’ roll. And this time around I just wanted to do something more live and when you start out with drum machines you always have to compromise with that music when you play live anyway. So why not try and be as live as you can in the studio? I love dance music and that is the core of what we do but we now just take the energy from that.” John suggests, “We’re older now and a younger sound wouldn’t suit us. It’s funny – we used to get compared to Take That even though they were bubblegum pop and we were much harder and edgier. Now their new material is much more grown up and I guess it kind of makes sense for us to do a grown up rock thing. And anyway, it suits Tony’s voice more!” Fittingly, flirtingly, Terry goes further, adding, “Believe it or not, we’ve always liked bands like Coldplay and U2, and we need to go this way.”

Just as in their original, mega-successful incarnation Mortimer has written the majority of material for the new album: Counting Clouds is an intensely personal song about Mortimer’s wife preparing to go into hospital to have a spinal operation and him promising her that he can’t wait to take her on holiday so they can walk on a beach and count clouds. Crazy Fool is about not being able to express how you feel in a relationship; and Broken Valentine is about a guy who is attracted to woman who is completely out of his depth and she doesn’t even know he exists. Additionally, Coldwell provides two numbers – You Shine, a song about a girl who completely changes your life around and Afterlife which is about a man who dies but continues to looks after his girlfriend from the afterlife. They’re both enormous-sounding as is the entire record and it’s a record you can see both America and the open-top car industry embracing in abundance.

2013 T Mobile commissioned a Royal Wedding spoof commercial which garnered more than twenty million You Tube Clips in a couple of weeks. To soundtrack the ad you can bet they were looking for something cheeky, irreverend and loved by the great British public. And you can bet that they didn’t have to look much further than East 17’s The House Of Love. Nowadays, of course, that song seems an age away and you’d be far more likely to see East 17 sound-tracking a movie featuring roller-coasters and freeways – but nothing changes: they’re still cheeky, irreverend and much loved. Oh, it’s great to have them back.