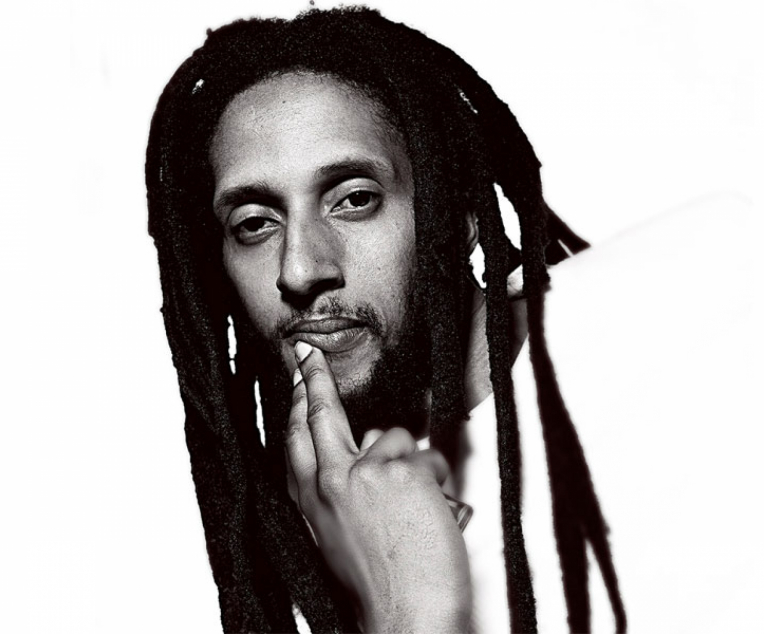 Julian Marley, son of reggae legend Bob Marley and Barbados-born Lucy Pounder is a Grammy award nominated, roots-reggae musician, singer-songwriter, producer and humanitarian.In the same tradition as his father, Julian "Ju Ju" Marley is a devout Rastafarian whose music is inspired by life and spirituality.

Born in London, England on June 4, 1975, Julian is the only son of Bob Marley born and raised in the U.K. Having been raised in England by his mother, Julian frequently visited his family and brothers Ziggy, Stephen, Damian and Kymani in Jamaica. Growing up as a youth in a musical atmosphere Julian quickly adopted a musical lifestyle and at an early age and became a skillful, self-taught musician mastering the bass, drums, guitar and keyboards. By the tender age of five, Marley recorded his first demo at the Marley family home in Kingston, Jamaica. Julian reflects, "From a small age music has been in my life, it was just a natural thing."

During Julian's formative years in Jamaica, he began to study under legendary reggae veterans such as Aston "Family Man" Barrett, Carlton Barrett, Earl "Wire" Lindo, Tyrone Downie and Earl "Chinna" Smith, all of whom inspired the then fledgling song-bird. In 1987 when influential Wailers drummer Carlton Barrett was murdered outside of his home in Jamaica , Julian wrote two un-released songs , 'Uprising' and 'What They Did Wrong' in response to the incident. Subsequently he also formed a band called The Uprising, a roots-reggae band comprised of young Jamaican players. Julian and the Uprising would go on to open up for his brother Ziggy Marley's band, The Melody Makers and performed with The Wailers which at one time included Carlton Barrett's son on drums.

In 1993, Julian decided to move to Jamaica to be closer to his brothers, and from that point on the gifted Marley brothers began to form their musical path. Julian, Stephen and Damian called on their brother Kymani Marley and the foursome formed a group called the Ghetto Youths Crew, a project that would find Julian touring the United States with his brothers for three consecutive years. Julian comments, "I give thanks for the musical guidance I received from my father and continue to receive from my brothers. It is with the inspiration of my family and the Most High that I create all of my songs today."

In 1996, Julian released his debut entitled, Lion in the Morning, which launched him into the public eye. The album was a conscious effort and culmination of his musical development to date, and reflected Julian's growing maturity and musical sophistication. Recorded at Tuff Gong studios in Kingston, Jamaica and the newly renovated Marley Music studio at Hope Road (the same studio where his father created some of his most important and well-known work) Lion in the Morning is Julian's own testament that clearly reflects his roots and heritage. Produced by Aston "Family Man" Barrett and Stephen Marley, the album additionally features contribution rolls from reggae luminaries such as Owen "Dreddie" Reid, Earl Chinna Smith, Tyrone Downie, and Julian's siblings Stephen Marley, Cedella Marley and Sharon Marley. The record was followed by a successful international tour with The Uprising, which included Jamaica's Sumfest and Sunsplash shows, a Marley Magic family performance during New York City's Central Park Summer Stage Concert Series, and touring into the territories of Japan, Brazil and Mexico. That year, Julian also began to tour extensively with his brother Damian, and the duo landed a featured artist position on the 1997 Lollapalooza tour.

In 1998, Julian contributed a vast range of musical elements to singer Lauryn Hill's Grammy Award winning album, The Miseducation of Lauryn Hill, which was recorded at Tuff Gong studio's in Jamaica, including playing guitar on the single, "Forgive Them Father". In 1999 , Julian went back to work in the studio with his brothers Stephen and Damian , and contributed to the production of the platinum-selling Chant Down Babylon, a remix album by various hip-hop and rock artists covering Bob Marley & The Wailers songs, produced by Stephen Marley.

While Julian's childhood was equally split between England and Jamaica, his early adult years would find "Ju Ju" settling back into London and additionally creating a home base in Miami where the family owned studio, the Lion's Den is based. Though Jamaican at heart Julian has widely credited his British upbringing as a deep influence on his musical career. Julian reflects, "Growing up in London remains a large part of who I am today. I feel privileged to be a part of the musical roots that my father laid in England. As the next generation of British-born reggae artists, I look forward to relating the cultural gifts and musical creations that have been bestowed on to me back onto the international music scene."