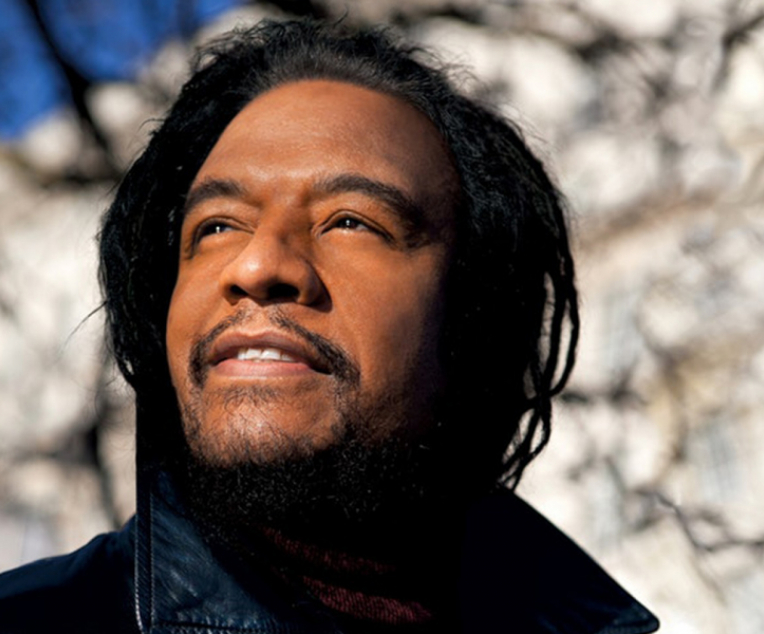 Reggae music has flourished in this post-Internet age. It’s never been so accessible and yet whilst new acts are plentiful, global audiences are still drawn towards those legends who achieved worldwide recognition the hard way; i.e. by making hits of timeless appeal, and are stamped with authenticity.

As verified by his long-awaited retrospective, ‘Maximum Collection,’ Maxi Priest has earned his place among other greats such as Bob Marley, Jimmy Cliff, Toots & The Maytals and Dennis Brown in spreading the reggae gospel far and wide. This is an extraordinary achievement for a singer steeped in Jamaican music, yet raised in South London. Maxi’s joyous brand of reggae and lovers’ rock, infused with r&b and accompanied by real charisma, would bring him a level of success no other British reggae singer can match. He’s deserved it too, because despite the pressures of stardom, he’s remained true to his core audience from the beginning.

Maxi original fans yearned for songs that reflected their own aspirations, tastes and upbringing. Many came from hardworking immigrant families who’d faced discrimination and yet still found the resolve to build strongly knit communities. Whether it told of hardship or romance, reggae music formed the soundtrack to these people’s lives and by the time riots had swept through Britain’s inner cities in the early Eighties, they were ready to celebrate one of their own. ‘Should I’ had already flown to No. 1 on the Black Echoes charts before Maxi signed with Virgin Records, and follow-up hit ‘In The Springtime’ announced the arrival of his 1985 debut album ‘You’re Safe.’ That was the year he was invited to appear at the UK Reggae Sunsplash, and gave a crowning performance infront of 25,000 people crammed into Crystal Palace football stadium. A short while earlier, he and Paul Robinson had produced Philip Levi’s ‘Mi God Mi King,’ which made history by becoming the first British reggae production to reach No. 1 on the Jamaican charts – a feat that remains unequalled to this day. Whilst his record label saw him as a marketing dream, British reggae audiences took note of his South London roots, and appreciated his humble beginnings.

Maxi had first learnt to sing in church, encouraged by his mother who was a Pentecostal missionary. The second to last of nine brothers and sisters, he’d honed his craft listening to Jamaican greats such as Dennis Brown, John Holt, Ken Boothe and Gregory Isaacs, as well as singers like Marvin Gaye, Al Green, the Beatles, Phil Collins and Frank Sinatra. After rehearsing in the basement of his parents’ house, Maxi had teamed up with Robinson and brother-in-law Jesse James and spent months practising above Lee’s Sound City record shop in Deptford as part of Bad Breed, with whom he recorded his debut single, ‘Hey Little Girl.’ Reggae sound-systems also formed an intrinsic part of his early history.

As a teenager, he’d lifted speaker boxes for the Jah Shaka and Negus Negast sound-systems. He was also a founder member of Saxon International, and played a key role in it becoming London’s No. 1 sound-system. Saxon was home to MCs like Smiley Culture, Peter King, Tippa Irie and Philip Levi, who together with Pato Banton, had revolutionised reggae music with their rapid-fire deliveries. It was with Saxon that Maxi began performing at neighbourhood youth clubs and house parties, and first won an appreciative female audience. Maxi was therefore no overnight sensation, but had graduated through the ranks, and against considerable odds.

“You’re born in England, you try and find some identity and you’re constantly told that you don’t belong here, so you find yourself searching for a sense of belonging,” he says. After joining the Twelve Tribes Of Israel and embracing Rastafari, he was given the name Maxi Priest. As he learnt more of his cultural heritage, Maxi took part in some of London’s historic, anti-racist demonstrations and has continued to express roots and culture and reality themes in his music ever since.

It was ‘Strollin’ On,’ again produced by himself and Paul Robinson that brought his first taste of chart success in March 1986. ‘Strollin’ On’ was taken from his follow-up album Intentions, on which he collaborated with Aswad. By then Maxi was headlining shows at places like the Brixton Academy and Hammersmith Odeon, and taking reggae music into venues such as the Astoria; this prior to performing at Jamaica’s Reggae Sunsplash – a great honour for any reggae artist from overseas. Within just a few years, he’ll be welcomed on stage by Dennis Brown, Gregory Isaacs and Freddie McGregor – an occasion he says was one of the best moments of his career. Today, he’s among the most widely travelled of any reggae star. He’s toured the world many times, and continues to draw big, appreciative crowds wherever he goes.

In 1987, Maxi left for Jamaica in the company of keyboard wizard Duncan Bridgeman and Mafia & Fluxy, who are the UK’s very own rhythm kings. It was in Kingston, Jamaica that he recorded his third album ‘Maxi,’ produced by Sly & Robbie in collaboration with Willie Lindo. This masterful collection yielded the hits ‘Some Guys Have All The Luck,’ ‘How Can We Ease The Pain,’ shared with Beres Hammond, and an enchanting cover of Cat Stevens’ ‘Wild World’ which went Top 5 in Britain, Top 10 in the US and also entered the country and western charts! Soon, Maxi was having hits all around the world and with records that appealed to music lovers of all persuasions. Japanese audiences especially took him to heart, and he still enjoys superstar status there. Further international acclaim came with his 1990 album ‘Bonafide, which spawned the hits ‘Just A Little Bit Longer,’ ‘Best Of Me,’ ‘Human Work Of Art,’ ‘Peace Throughout The World,’ ‘Sure Fire Love’ and ‘Close To You.’ The latter reached No. 7 in the UK, and then topped the US Billboard charts in October 1990. More than twenty years later and Maxi Priest is still the only reggae singer – from anywhere, including Jamaica – to have a No. 1 hit in America.

As Maxi’s fame went global, Virgin released ‘Best Of Me,’ which contained a selection of hits past, present and future. This was the album containing ‘Housecall,’ featuring Shabba Ranks, who was Jamaica’s reigning dee-jay at the time. ‘Housecall’ rewrote the rules where reggae was concerned. American radio was heavily formatted, and it was hard to get reggae play-listed on most commercial stations. ‘Housecall’ broke that mould and established Maxi and Shabba at the forefront of a new, urbanised form of reggae music that incorporated strands of hip hop and r&b, as well as their trademark reggae sound.

This groundbreaking new fusion transformed Maxi’s 1992 album ‘Fi Real’ into a classic, and especially on tracks like ‘Groovin’ In The Midnight’ and ‘Just Wanna Know.’ Major league collaborations with American soul legends Roberta Flack and arranger Arif Mardin – and also jazz guitarist Lee Ritenour – followed. Both these associations led to further chart success, and on the jazz as well as international listings. In 1993, Maxi again ventured into new territory after making his film debut in ‘Scam,’ starring Christopher Walken and Lorraine Bracco.

During the mid-nineties, as reggae’s popularity increased, he co-founded the hugely influential Mad House label whilst continuing his winning streak with dee-jays. In 1996, he and Shaggy were back in the charts with ‘That Girl,’ taken from the album ‘Man With The Fun.’ It was Maxi’s fifth Top 20 hit in Britain, where his popularity has endured throughout his career. In the meantime, he and his brother Martin founded the Dug Out label, which they launched from the basement of their family house in South London. Community has always been important to this most genial of reggae stars. It’s why he’s readily taken part in local campaigns such as No Trigger, aimed at lessening gun violence.

It was Dug Out that gave UK r&b singer Elisha La Verne her start – who would experience considerable success with the Japanese label Avex. Maxi’s always encouraged others to explore their potential, and later invited Elisha to duet with him on the hit song ‘Back Together Again’ – a track that also featured his son Ryan, from the group Ultimate Kaos. ‘Back Together Again’ was included on Priest’s ‘CombiNation’ album from 1999, a set that also featured ‘What A Woman Needs,’ written in collaboration with R&B singer Joe. Maxi’s endorsement of young talent would again reap dividends in 2005, after he worked with up-and-coming producer Don Corleon. ‘I Believe’ was a big hit in Jamaica, and later appeared on ‘2 The Max’ – an album that radiated class from start to finish.

Other highlights included an exquisite cover of ‘Fields Of Gold,’ written by Sting; ‘Cry For The Children,’ which evoked the sound of Seventies’ reggae and ‘Full Hundred’ – a song co-written and produced by Maxi’s two sons, Marvin and Ryan. Another son, Che, appears on the alternative version of ‘Full Hundred’ found on ‘Maximum Collection,’ which Maxi remixed with Livingston Brown. The latter played a key role in the production of ‘2 The Max,’ as did Lauryn Hill main-man Commissioner Gordon. Maxi’s followup album ‘Refused’ was beautifully presented and again featured tracks that glistened like gold, all of them soaked in the sounds and spirit of the Caribbean. A year later, in 2008, he toured and recorded with fellow British reggae trailblazers UB40 – a partnership that resulted in the irresistible ‘Dance Until The Morning Light.’

As usual, Maxi had ensured that his music had class and relevance, whatever the subject matter. Those timeless, cultured vocals can still be heard in today’s reggae mix, as heard on his latest release ‘Nothing But Trouble’ – a song that’s the title track of his forthcoming album, and underlines Maxi’s enduring quality for all to hear. His singing remains impressive as ever, but after nearly thirty years in the business, he deserves a retrospective.

Soon to be released ‘Maximum Collection’ isn’t just a play on his name please note, but a statement of fact – one enhanced by fresh recordings and remixes that’ll dazzle even his most ardent fans.