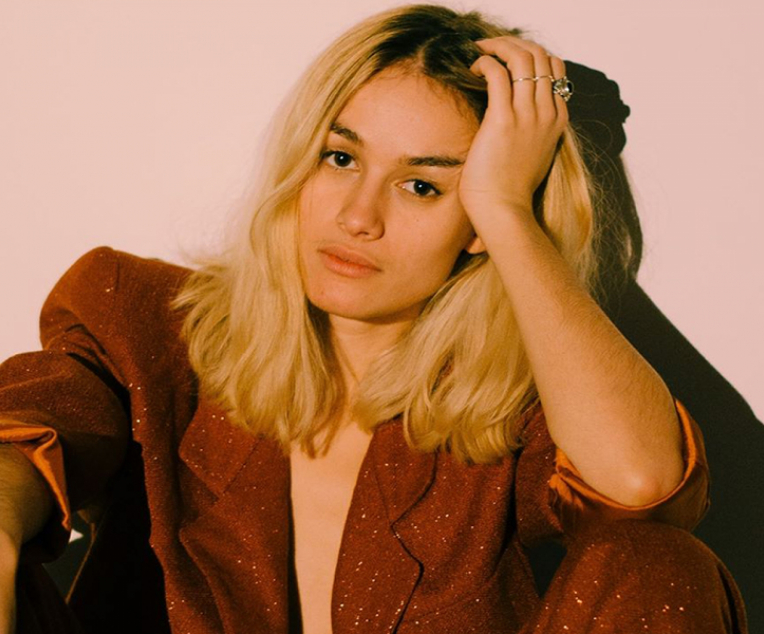 Mogli loves life and everything about it. She spends nearly all of her time singing or traveling - preferably both.

In 2016 the 23 year old singer embarked on her biggest adventure yet: Expedition Happiness. She converted a 40 foot school bus to a loft on wheels and traveled through north america for a year with her partner, filmmaker Felix Starck who broke all records with his first movie Pedal The World. Mogli was in charge of the soundtrack to the box-office hit featuring on it with several of her own songs from her debut album Bird that got awarded with the VUT Indie Award for “Best Newcomer”.

On glaciers in Alaska and in the jungle of Mexico, on mountain peaks and in the desert, Mogli found inspiration for her second album Wanderer. Having her piano and guitar on board made it possible to write songs literally in the middle of nowhere. The result is haunting. Some songs incorporate the epic vastness and depth of nature while others are like a window to her inner self. You can feel she was deeply affected by the beauty of earth and how the grand scale of environments such as Grand Canyon moved her to reflect on herself and her life.

Her melancholic songs are often arranged with bold drums, timbal sounds and choirs, but her folky melodies sometimes only need a Grand Piano. The production captures the intensity of a live recording and adds electronic aspects in the right moments making “Wanderer” a high quality modern album while keeping it raw. With a voice that is delicate in one and intense in the next moment Mogli takes you to far away places. The spheric single Alaska reminiscent of massive attack or MS MR draws you in from the first second and doesn't let you go. It will be released on the 9th of march and is the title song to the movie “Expedition Happiness” the new documentary opening in german cinema in may with the international cinema release following later this year. The young couple filmed, produced, directed and distributed every minute of it.

Wanderer, Moglis new album was released on the 5th of May on her own Label following the tradition of self made success. It went straight to #44 of the german album charts. Naturally it is also the soundtrack to the movie. Close your eyes and the perfect road trip music will make you dream of more in the bathtub or on your way to work all the same.