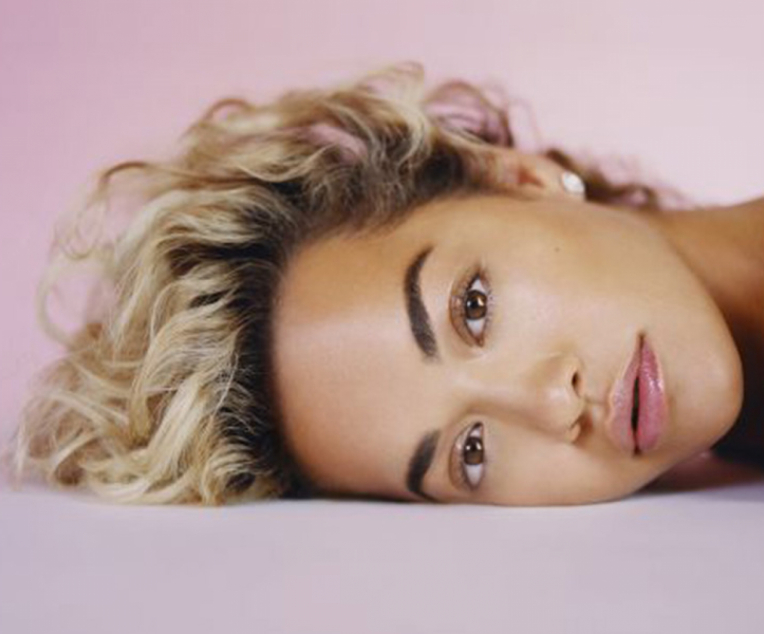 The first time Rita told me she was a punk on the set of a cover shoot I didn't believe her. The superstar signed to Roc Nation in her teens, released her debut #1 record “Ora” (2012) aged 18, scored four consecutive #1 singles including the Drake penned “R.I.P”, joined forces with Charli XCX on 'Doing It' and Iggy Azalea on “Black Widow”, while becoming the face of Rimmel London and a collaborator with Adidas. She also secured small but significant roles in 50 Shades Of Grey and Southpaw and blossomed as a UK TV treasure, first as a coach on BBC’s The Voice and now as judge on ITV’s top rated show, The X Factor. Rita veers toward the self-depreciating over the ego-massaging, which makes her presence fun, humble, and down-to-earth. Nobody doubts that Rita is an entrepreneurial, ball-busting internationally sensational machine. But a punk? Really?

Over the past few months, I've gotten to know the Kosovo-born, London-raised, jet setting Ora. I've watched her eyebrows being tweezed to within an inch of her eyeballs at cover shoots. I’ve seen her multi-tasking in action, calling the shots on campaign decisions, while singing me snippets of new music and conducting interviews simultaneously. “I wanted to be in control of my own destiny, creating my own empire. So I ventured into things I know I’m good at. It’s all in how you act, how you speak, it’s a psychology—you have to bring the goods.” Whatever the day or night entails, Rita is the aspirational master of her own rapidly expanding universe and there is never a dull moment.

Today we're in another random hotel room somewhere in the world, chilling out on her bed for a rare moment among the madness as Rita readies to release her forthcoming second album later this year at long last via Jay Z's imprint RocNation. The first single from it is a drum-filled, emotionally impactful song about love's curse titled “Poison” raced towards the top of the UK charts earlier this summer. The new single “Body On Me” featuring Chris Brown is shaping up to being her ninth top ten single in the UK. The sensual R&B slow jam will be Rita’s first US release. The anticipation for the next phase of her music career – the most important part of Rita's multi-faceted repertoire – is at an all-time high and Rita chose to take the necessary time to respect the process. “With music, if I make a mistake it’ll really scar me for life, do you know what I mean?” she says, unguarded and candid. “I approach music with a sense of compulsion. I just love it. I was born to do this.”

Perhaps Rita has adopted a newfound freedom for exposing her vulnerabilities since her TV career but I'm still pleasantly surprised to walk into her hotel room and find a bespectacled makeup-less face, covered in long platinum-blonde braids, topped off by some not-yet-showered get-up. The 24-year-old tucks into an array of comfort foods on her bed, preparing to take the world by storm while laying vertically. “I'm starving. I eat a lot, by the way. I didn't know what I wanted so I ordered everything.” Obviously, Rita is beautiful whether glammed-up to the hilt or disembarking the umpteenth airplane, but her star quality has less to do with her physique. Her unique allure emanates from her savvy mind, her daredevil attitude and the one feature that defies censorship. It lies firmly between her nose and her chin and runs through her thoughts on feminism, fame, baseless comparisons to her contemporaries and her pride for Great Britain without a moment's thought to the way she may have been preconceived by her harshest doubters over the years. Growing up and carving out an identity once you're already in the public eye is a challenge, but one that Rita faces with defiance every single day.

The Rita Ora you might think you know is not even half the Rita Ora you'll soon learn to love. She's beyond itching to tell you who that is via her confessional new songs that will reclaim her position at the top of the pop tree. Today there are tears of catharsis, therapeutic rants and a helluva lot of laughter as the woman behind the brand continues to propel herself toward making her aspirations come true, against all the odds.

Music is the key. Music is the first and last thing on Rita's mind – that has never changed. Her team hasn’t either—they’ve known her since she was a young teenager, obsessed with singing and only singing. “They’ve seen how hungry I am, still am. I haven't lost the hunger. But as you can see,” she sighs, “I'm at this point in my life where it hurts me to feel like people consider me to be 'empty famous'. I can give a lot more musically. I know a lot about music, I love it, I grew up singing my whole life and I deserve more respect than that. I kinda wish I was incognito. On this second album I've put my blood in it, literally.”

“The album was my resurrection. I got myself together. I had amazing people around me. I went back to the drawing board and started writing with them.” Those people included Ed Sheeran, Prince, Diplo, Dr. Luke, Miley Cyrus, Will.i.am, Sam Smith, Charli XCX, and Drake, who asked her to play at Wireless festival in London with him. She insists, however, that the album isn't about who's on it. It's about making something “timeless” that she'll want to perform in 10 years from now when she'll still be doggedly working toward being the biggest pop star on the planet.

Rita has chosen her collaborators carefully; every one of them teaches her something about the type of artist she wants to represent. “So this album I wanna be the rockstar that I always was,” she says, with a warrior-like spirit. “I have to fight every day. I still have to grind. I'm working on a scaffolding right now to make a really big building. That's how I'm approaching it.” I ask Rita how she's grown to become so in-demand, referring to the myriad of endorsements she heralds. As someone who used to work in a trainers shop, Rita is particularly proud of her collaboration with adidas. “Bloody hell I loved that. I love clothes and I worked with some of the best designers. It was wicked. I do my research though. There's nothing worse than being embarrassed because you don't know what you're talking about.”

Elsewhere, Rita's been dipping her toes into the film world. Despite attending the famous Sylvia Young School in London, she takes her nascent acting career with a pinch of salt. That said, she's really proud of her role in Southpaw alongside Jake Gyllenhaal. “I play a crackhead. I look like that every day when I don't have hair and makeup on,” she laughs. Rita wouldn't be the first in her family to have a fearless talent for business. Her granddad – a film director responsible for putting Albanian film on the map – is her greatest inspiration next to divas such as Rita Hayworth, Marilyn Monroe and Audrey Hepburn.

Later that evening, Rita rides me around town blasting her prize choice cuts off her new record. She's put her money where her mouth is, pushing her world-class vocals to the fore, working with producers who understand the London underground that's in her bones and creating a diverse and lyrically mature set of songs to assert herself as a global superstar. Rita Ora has done it on her own terms. When you're a punk, that's the only way you can do it.