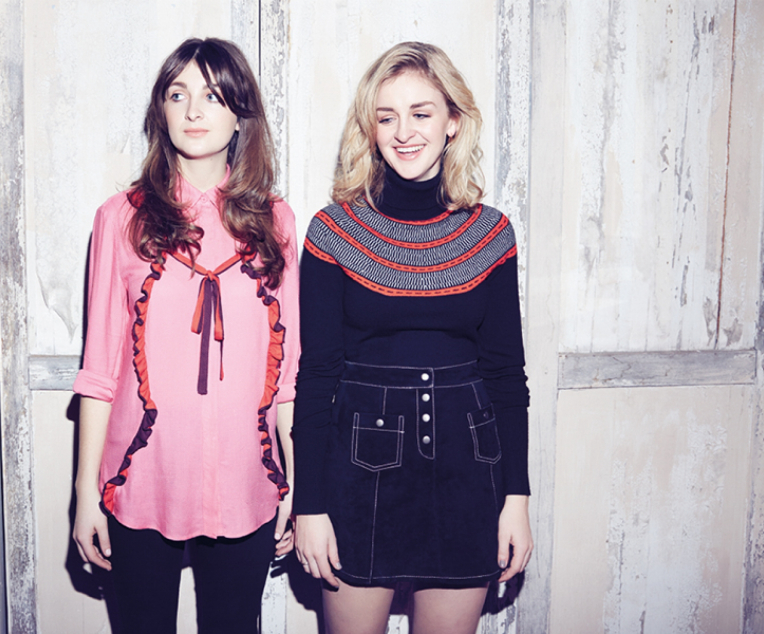 English twin sisters Catherine and Lizzy Ward Thomas made chart history when their second album, Cartwheels, became the first country record by a British act ever to top the U.K. album chart, beating the long-established Jamie T to the top spot. Born in 1994 and brought up on a farm in rural Hampshire, the girls attended a local convent school and were turned on to country music as teenagers when a friend played them the Dixie Chicks. Both talented singers and instrumentalists, they started writing together while in the sixth form, bringing a uniquely British perspective to the genre. When one of their teachers, who had once been a backup singer in Nashville, forwarded their demos to some old contacts, the sisters were invited to record their debut album there. Released in 2014 and entitled From Where We Stand, it had a fairly traditional sound that showcased their beautiful close-harmony vocals. Relentlessly championed by easy listening tastemaker station BBC Radio 2, the album peaked at number 41 in the U.K. album chart, selling 25,000 copies. The sisters toured heavily in its support, steadily increasing their fan base by word of mouth.
In 2016 they signed to Sony for the release of their second album, Cartwheels. While parts of the album, particularly the gorgeous title track, stayed true to the traditionalist sound of their debut, it often strayed significantly from "pure" country; some tracks bore the stamp of Fleetwood Mac's country-rock-influenced Rumours, while others were contemporary pop/rock. The girls' songwriting knack was undiminished, however, and the British public voted with their wallets, sending the album to number one and making them officially the most successful British country act ever.