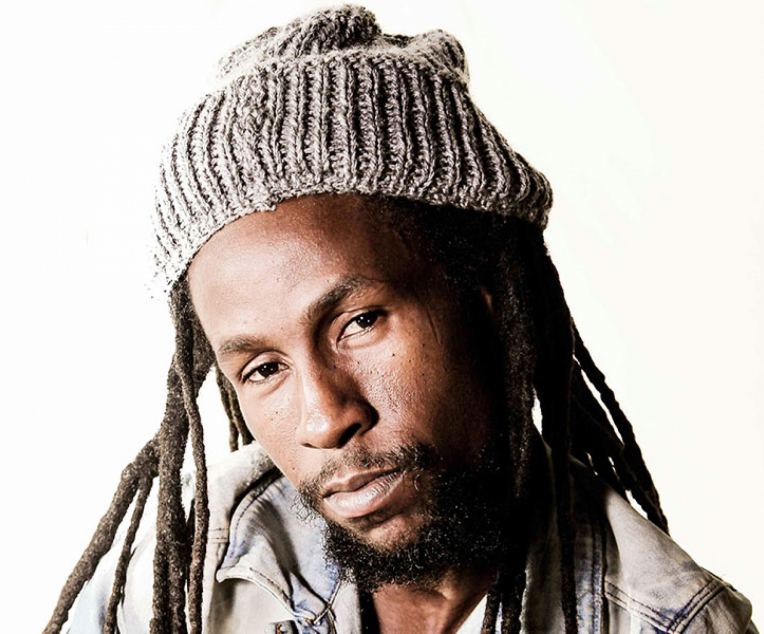 You may know him as Jah Cure. Perhaps you know him by his given name, Siccaturie Alcock. But as the saying goes, “What’s in a name?” Most importantly, you must know his message. His music is at once his spirit, his all-consuming passion, and his personal declaration of a belief in a universal consciousness based on love and positivity.
Born in Hanover, Jamaica on October 11th, 1978, the global force that is Jah Cure has been a long time in the making. From as little as three years old, this child of slight build would captivate those around him with his innate musical virtuosity. As he and his love for the art grew, the young man whose voice would make any songbird green with envy would sneak out of his bedroom window late at night to visit local dancehalls and stage shows. It was here that he became immersed in the stylings of the undisputed greats: Bob Marley, Peter Tosh, Burning Spear, Beres Hammond, Marcia Griffith, Garnett Silk, Yami Bolo, Jacob Miller and Black Uhuru. A young Siccaturie knew that he would dedicate himself to achieving membership of this superlative group.

However, Cure’s journey would be unexpectedly interrupted when in 1998 he was stopped and arrested late one night in Montego Bay. He was charged with four crimes, all of which he vehemently denies to this day. A non-jury trial was convened (one in which a single judge decides both questions of law and fact) and unfortunately, despite a total lack of visual confirmation of his involvement in said crimes, Cure was given a 15 year sentence.Not letting this setback disrupt his dream, Cure recorded and released many #1 singles from jail. The songs "Jamaica" and "Longing For" were both local and global successes. Cure’s first album, FREE JAH’S CURE, was recorded and released in 2001. On this project, Cure conveys his gratitude for life. He believes his incarceration was Jah’s way of teaching him humility, kindness, forgiveness and love for his fellow man. Consequently, he has relinquished any resentment for those who judged him unjustly. In 2003, Beres Hammond produced Cure’s second album, GHETTO LIFE, which featured the acclaimed single Divide and Rule.

On his first day of freedom Cure publicly stated that his only remaining life goal would be to use his music as a means of spreading love, peace and healing. Since 2007, Jah Cure has topped the charts with several # 1 singles - Call on Me, featuring Phyllisia, followed by You’ll Never Find, and Unconditional Love, which quickly became the #1 reggae single worldwide. The song Like I See It, featuring Rick Ross, and the remix with dancehall king Mavado, undeniably rocked the international reggae scene.Released in 2013, the album WORLD CRY featured collaborations with the talents of Tupac, Keri Hilson, Mavado, MDMA, Rick Ross, Jazmine Sullivan, Shyne and several others. It can confidently be described as an auditory explosion that crossed and entwined the genres of reggae, hip hop, R&B, Latin and pop.
His most recent album, THE CURE, dominated the billboard reggae charts for a phenomenal 36 weeks and was nominated for Best Reggae Album at the 2016 Grammy Awards.