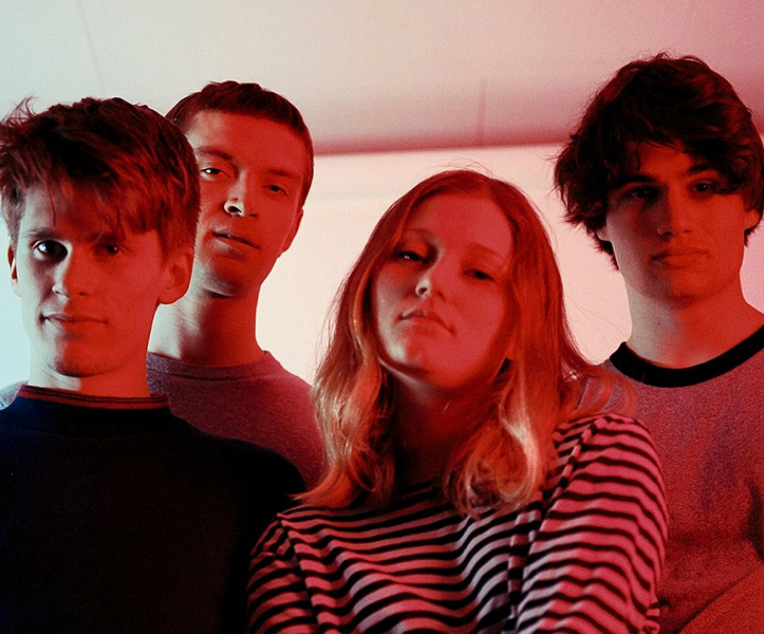 On its title track, singer Haley Shea “dreams of working in a run-down record store”, confirming that it’s the same Empire Records from the very 90s movie of the same name. It’s a perfect mix of punky escapism and poppy fun, indulging in movie references and idyllic simplicity. Instrumentally, it’s fast, loud pace contrasts to the lyrics of reality’s boring schedule of “sleeping in too late” and “Netflix”.

‘Bright Lights’ infectious chorus longs for escapism too, and lyrics like “I need you to yell at me so I know we’re fine” detail a chaotic relationship in a fittingly confused and emotional way. On a slightly brighter note, ‘Take Me Dancing’ is a pop-punk-Esq banger about lusting for a cathartic Saturday night, where getting drunk and dancing are the only aims.

Shea’s lyrical style is to the point, yet often charming and imaginative, best exemplified with the line about knitting herself a friend to keep warm. ‘Fever Art’ closes the EP with a slower, sadder turn. With an intro detailing regrets, the choruses claims of “I’m doing just fine” and “You’ve slipped my mind” are complimented with an unconfident “I really mean it this time”.