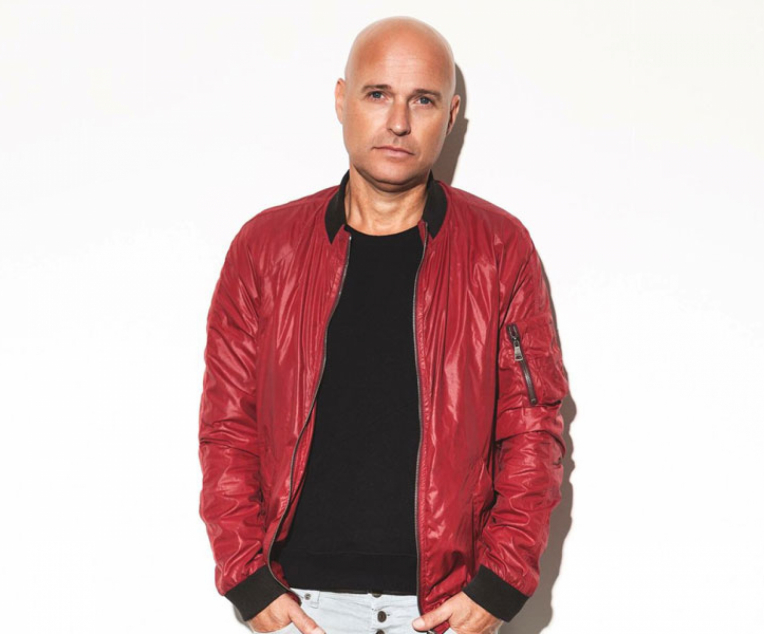 Born in the Dutch lowlands of Heeswijk-Dinther, Marco Verkuijlen has established himself as one of the most inventive, diverse and creative electronic music minds working today. Through his very first releases he became the architect of tech-trance; a sound that went on to become a fully-fledged electronic music phenomena. Continually modifying and fine-tuning his style ever since, he has gone on to create numerous leading-edge dance classics - ‘Godd’, ‘Indicator’, ‘Echnalava’, ‘More Than A Life Away’ & ‘Coma Aid’ numbered among them. Behind the decks he has smashed nights in all the world’s farthest corners, played a near uncountable number of tent-pole events for the scene’s flagship club & festival brands. As a result of which he has spent the last 7 consecutive years inside the ranks of DJ Magazine’s Top 50.

1998 – 2000: Southside Spinners & The V.ision Series. Marco first made his production presence felt when in 1998, alongside Benjamin Bates and under the name Southside Spinners he dropped ‘Luvstruck’. Though markedly different to the year’s other Dutch trance hits it still proved a near-instant domestic and import smash. Prompting a wave of interest in his name, Marco was quickly signed to Dutch music giant ID&T and in 2000 released his debut single ‘In Charge’. That was followed by Phases 1 & 2 of the V.ision EP series, which spawned the tracks ‘Certainly’ & ‘Indicator’. Originally referred to by DJs as ‘the V.sound’, the three EPs are now considered to be the blueprints of tech-trance, with Marco as the sub-genre’s vanguard & forefather.

2000 – 2002 Innercity Con:Fusion: Running at comparably fast pace to his burgeoning production portfolio, the turn of the millennium saw an explosion in Marco turntable career. Having originally cut his DJ teeth at the age of 17 at the renowned DansSalon spot in Eindhoven, Marco began to play at bigger nights, and to larger crowds. Notable among them was ID&T’s Innercity – the first of Holland’s major indoor arena events - and it was for them that he mixed his first compilation CD. Through the release (which incorporated both house and tougher progressive numbers) Marco began to stand farther apart from the trance sound of his contemporaries.

2002 quickly brought with it ‘Godd’, Marco’s first significant vocal track, and one that provided him with his first substantial radio hit. After an intense period of studio activity in April of the same year he unleashed his debut artist album, Con:Fusion. Weighing in at a far-above-average 26 tracks, and including all the ‘V.ision EP’ material as well as floor-slammers like ‘Revolt’, ‘My Acid Pacemaker’ and others, it lit fanbase fires around the world.

2003 – 2004: As the first artist operating on the tougher side of trance to release a successful long-player, Marco was propelled to the very forefront of the scene. This in turn gave rise to a new-found popularity outside of Europe. Having mixed two more Innercity instalments, he also compiled and mixed Crasher Live, Mixmag’s Electro Trance and All Access – his first US comp. What Marco wanted though was a series onto which he could stamp his own mark… and with ‘Combi:Nations’ he did just that. The 3 CD album became both a critical and commercial success and this was mirrored by another rich seam of new V tracks that included ‘Echnalava’, & ‘Automanual’, his rail against illegal downloading ‘C:/del*.mp3’, and much revered remixes of ‘Loops & Tings’ and ‘Café del Mar’.

2005: Major Label Changes. In 2005 ID&T closed the doors on their music division… from the ashes of which quickly rose High Contrast Recordings. Helmed by ID&T’s head A&R Dick de Groot, he offered Marco a sub-label with which he could foster his own artist roster. Named after his debut track, In Charge was born and its opening action was to release Marco’s second artist album. ‘200V’ quickly gave birth to a string of new Marco club classics. With a greater vocal orientation than his previous, largely instrumental, work. ‘More Than a Life Away’, ‘False Light’ & ‘Second Bite’ all captured hearts and seized minds on the dancefloor. As the rest of the world was in the throes of the tech-trance boom, Marco had already moved on.

2006 to 2007 – In Charge Takes Charge:  With the second album out Marco started nurturing other artist talent and signing them to his label. Fellow Dutchmen Cliff Coenraad, Thomas Hagenbeek & DJ Preach, as well as long-time production partner Benjamin Bates all started to make regular appearances on the imprint. In the five years between ’05 & ’10 In Charge has now clocked up over 70 releases, including modern day club anthems like Ali Wilson’s ‘Pandora’. Over this period Marco also capitalized on ‘Combi:Nations’ quantum success with two more editions of the series released. Continuing to push the boundaries and fox the press’ attempts to pigeonhole him, they’ve brought elements of techno, house, progressive and trance into the melting pot mix.

2008 – 2010: Marco continues to block-rock arenas and festivals around the world with standout performances at many events including Trance Energy, Creamfields, Nature One, Love Parade, Dance Valley, Global Gathering, Monster Massive and Sensation (where he became one of the global party producers’ most depended upon spinners). In the same year Marco released the tracks ‘Coma Aid’, ‘Dudak’, ‘Possible, But Unlikely’ and his first Sander van Doorn collaboration ‘Organic’. More stripped down, by degrees experimental, and less vocally-led than much of his previous material, the tracks were all laying the groundwork for his third long-player…  Knowing that something very special was required to follow up ‘200V’ - an album that had the potential to go down as a magnum opus – Marco carefully considered what he wanted to achieve with it. He already had a numerical abundance of tracks produced and with a new concept percolating, in early 2009 he announced he would deliver not one, but two Marco V albums throughout the course of the year… Innovating just as hard and fast as ever, the Propaganda long-players were twinned with a 2 part graphic novel drawn by London-based digital illustrator, Vee Ladwa. The concept proved a hit with fans and press alike and the albums spawned the tracks ‘Predator’ & ‘Scenario’ (both vocalled by Khashassi), ‘Coma Aid’, ‘When The Night Falls’ & 20 others.

Into 2010 and Marco continues to innovate and push at the boundary edges. In June he announced the launch of T.A.O. - his new multimedia concept. Among its aspects T.A.O. (or The Art Of) will encompass a label which expands trance influences out into the techno, tech house & progressive realms. It will also sign artists and spawn a new V compilation series as well as featuring special one-off events, full tours and innovative multimedia & social network aspects.