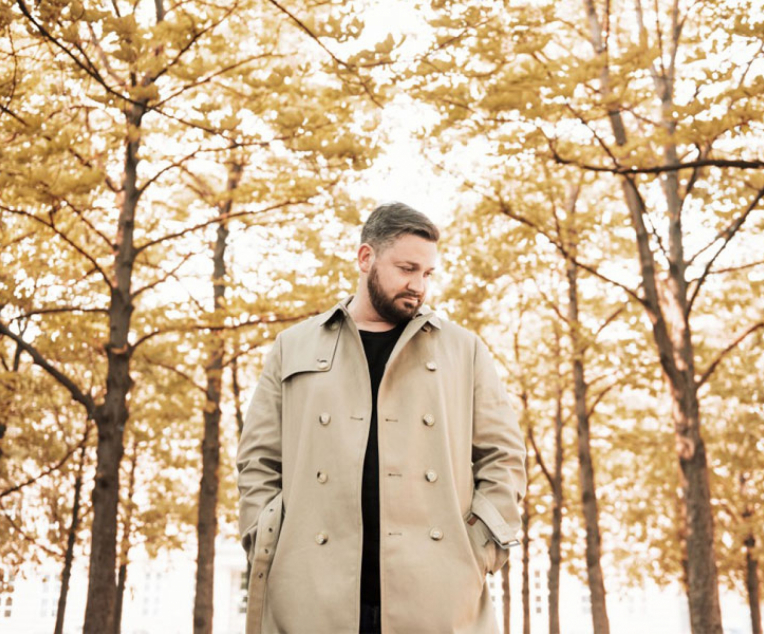 It’s no secret that Fritz Kalkbrenner is a full-fledged soul boy. But with a voice like his, how could things have turned out any other way? Soul music is the foundation of all his musical endeavours. And like an emotional and aesthetic thread that he weaves through his music, soul, in fact, holds together his diverse musical influences such as hip hop, techno and house.

Growing up in the shadow of real socialist prefab buildings in the Lichtenberg district of Berlin, Fritz Kalkbrenner was a couple of years shy of being able to participate directly in the anarchic techno mayhem that followed right after the fall of the Berlin Wall, when new possibilities and freedoms opened up in East Berlin within a short period of time.

At the beginning of the 1990s his older brother Paul and his best friend Sascha Funke went crazy for techno beats, while hip hop artists such as Eric B. & Rakim, KRS One and Wu-Tang Clan were Fritz’s heroes who could do no wrong. He studied their flow, memorised hundreds of lyrics and learned how to tell stories – all basic research that would later benefit him.

At the end of the 1990s (in 1997, to be exact) he, too, was blown away by techno and turned into a devotee of the clubbing scene as did many others of his generation. Legendary clubs in Berlin such as WMF, Tresor and Suicide Circus became his haunts for doing a new kind of research. Partying feverishly, Fritz decided to start making music himself. One thing he knew for sure – his voice would be featured on the tracks.

With the release of Forms & Shapes in 2003, a plaintive piece appearing on Sascha Funke’s debut album Bravo, his very first step as a singer immediately landed him a veritable club hit. Further collaborations followed with artists such as Alexander Kowalski, DJ Zky and Monika Kruse, but he never stopped honing his skills as a producer – on equipment that once belonged to his brother Paul. And soon, Fritz was ready for a live show.

In the autumn of 2008 the song Sky and Sand appeared on the soundtrack to the movie Berlin Calling, the first project Fritz and Paul worked on together. It made the charts, and both Fritz and his voice gained international recognition. Not only was his first solo production practically in the bag, but he also found likeminded individuals in the heads of the Suol music label, Chopstick and Johnjon, hip hop aficionados who immediately recognised Fritz’s artistic potential. The three of them quickly agree to start working on a maxi single and then go on to make a first album.

With the 2010 release of his debut album Here Today Gone Tomorrow, Fritz no longer stands in his brother’s shadow, but is celebrated for a soul sound is all his own. Something akin to Balearic guitar riffs meet rave tracks and warm house beats hover over a cinematic and melancholic sound. And rising above it all is Fritz’s voice. Here Today Gone Tomorrow makes the top ten groove charts of the year, is among the top five
albums on iTunes and is voted album of the year by Raveline magazine.

Fritz is also nominated for the Echo critic’s choice award. Since then, he’s been jetting non-stop from one club and festival to the next.
The tracks of his upcoming mix CD on the Suol label called Suol Mates, which will hit the scene in March 2012, demonstrate that his broad musical range spans from J Dilla, Pete Rock and Roy Ayers to Lawrence, Tom Trago and Robag Wruhme. Once again Fritz proves hip hop, soul and house are not opposites, but rather all planets in the same galaxy. A special highlight on the mix CD is his cover of Bill Wither’s classic song Ruby Lee. A new album on the Suol label is due out in 2012.