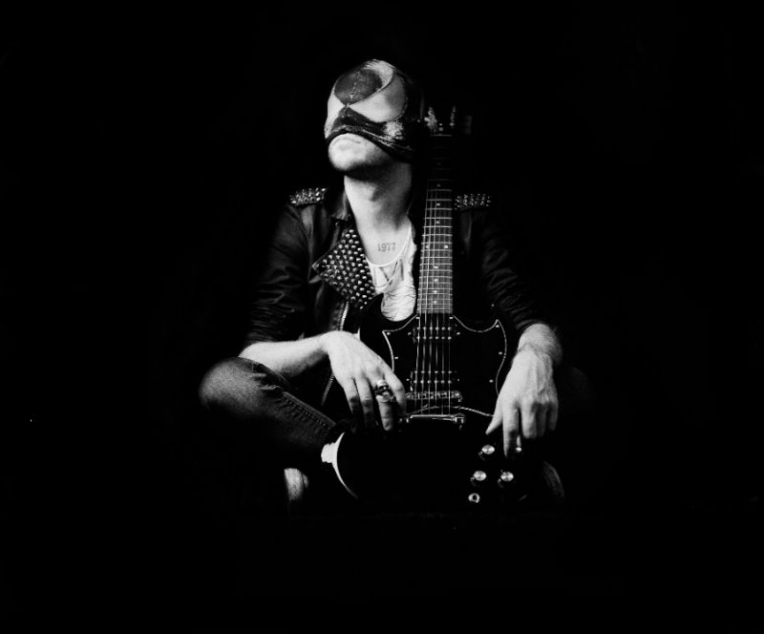 Close your eyes and imagine, if you will, the bastard son of the Misfits and Daft Punk. As gruesome as the act of conceptionmay appear, the union would generate the most grandiose of offspring. A formidable force, not unlike the Bloody Beetroots.

Bloody Beetroots is a worldwide phenomenon under which the producer and dj Sir Bob Cornelius Rifo operates. In the Beetroots live sets and dj-sets, Sir Bob avails himself of the services of Tommy Tea.“I am an overgrown child who loves Seventies comics, still nurtures the occasional dreams and listens to punk and classical music,” says Sir Bob.

In line with Bob’s comic book mentality, the Beetroots story is awash with demons, alter egos and parallel universes. Sir Bob Cornelius Rifo, born in 1977, began playing classical music when he was a kid, but was soon affected by other influences: the raw energy of punk and rockabilly, the intense, outrageous imagery of comic artists such as Magnus and Benito Jacovitti and, above all, Tanino Liberatore, the inventor of Rank Xerox.

Done with Chopin, Beethoven and Debussy, Bob turned his attention to producing a noise that combined samples and electronic with eighties punk and new wave. A decade of no-holds-barred experimentation ensued.  And so it was that Rifo founded the Bloody Beetroots, his electronic alter ego, recording 45 remixes and countless world tours in 3 years.

The project officially began in December 2006 and in the space of a few weeks became one of the most discussed and  downloaded phenomenon on blogs around the world, universally acknowledged as an ongoing revelation in a state of  constant explosion. This attracted the immediate attention of Etienne De Crecy and Alex Gopher, the first to commission remixes.

Bloody Beetroots aka Sir Bob Cornelius Rifo released a biblical flood of productions. The amount of remixes conceived by this producer is truly over the top. His music began to gain ground in popular culture. His tracks found their way  into several episodes of C.S.I. Miami and best-selling video games of the ilk of Fifa '09, Nba 2009, Need For Speed Pro  Street and Need For Speed NITRO. Quite an achievement.

In 2007, Bob got signed to the U.S. label, Dim Mak, the brainchild of Steve Aoki. The first releases were the EP’s Rombo (2008), Cornelius (2008) and Warp Feat. Steve Aoki (2009). Warp and Cornelius made it into the iTunes Top Ten Albums Chart. Rifo and Aoki have recently formed a hardcore punk band called Rifoki, produced by Giulio Favero  of ZU, due for release in 2010. Cornelius is an unusual opus, combining fashion, cinema and literature  in a tribute to British science fiction writer Michael Moorcock and his antihero Jerry Cornelius. The video, conceived by Rifo and directed by Mathieu Danet has had over 1.500,000 views on the internet. The quest of Sir Bob Cornelius Rifo a.k.a.The Bloody Beetroots continues in 2009 with the release of an album, “Romborama”, with appearances by The Cool Kids ,Vicarious Bliss, Justin Pearson from The Locust and many more.

The album incorporates all musical genres from pop, punk, electro, acid and hip hop to classical music, house and techno. The cover was designed by Tanino Liberatore who has been Sir Bob’s idol since he was a little boy. “Tanino changed my way of looking at thing when I was a boy. He trashed my innocence when I was eight,” says Rifo.  “Christmas Vendetta” the first spare of “Romborama” have already reached the top ten on the iTunes chart.

2010 will be the year for a further improvement of the whole project… Bloody  Beetroots is being integrated and fomented by “Death Crew 77”, a revolutionary and anarchic “army” leaded by Sir Bob Cornelius Rifo. The project  is clear headed and visionary at the same time; it promotes the artistic exchange between Bloody Beetroots and their fan base,  with the aim of creating a huge anarchic creative community. The strengthen of this initiative is the “The Bloody Beetroots Live” in which Bob Rifo, supported by two faithful lieutenants, will be perform live his studio compositions.
History shows us how bold and non-conformist artistic events, like the first performance of Stravinski’s “Rites of Spring” in 1913 or the famous Public Image Ltd show at the Ritz in New York in 1981, can provoke unrest and discontent. Sir Bob Cornelius Rifo tends to inspire similar revolutionary zeal, albeit with a party flavour.  There is revolt out there and we’re all invited.