"Born 25th of june 1978, Paramaribo (Surinam), Chuckie grew up in this beautiful
country with all types of music which later influenced h..."> 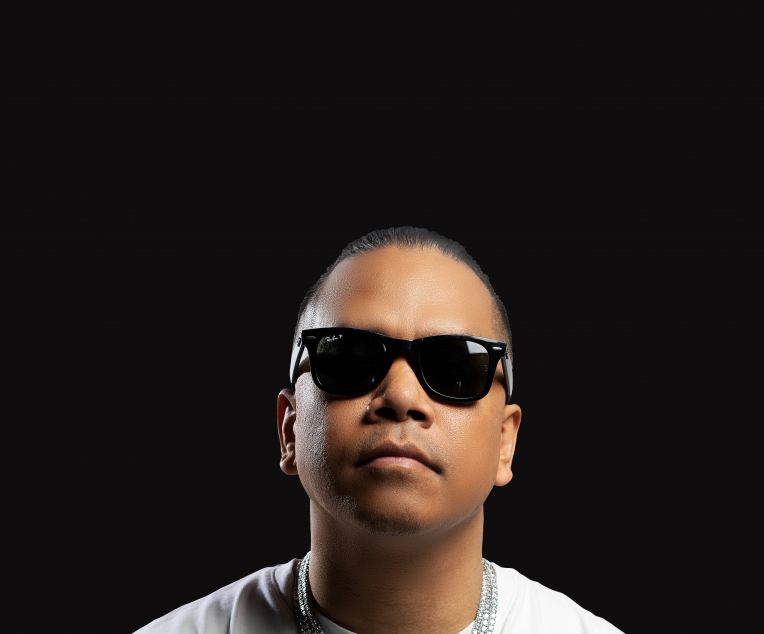 International: all across Europe, Surinam, Dubai.
Quote: "Music is the language we should all speak…"

Born 25th of june 1978, Paramaribo (Surinam), Chuckie grew up in this beautiful country with all types of music which later influenced his style of playing.
In 2004 he was awarded for the 3rd time in his career for best urban DJ.

As a young kid his love for music allowed him to accept all kinds of music from pop to reggea, from Michael jackson to Bob marley and so on. But his knowledge of music really grew when he moved to holland and even heard a bigger variety of music.

Spending years sitting in his room listening to all kinds of music he collected from tv, radio and friends, he started experimenting with music. "My first experience with mixing music was editing musiccassettes with scissors and tape..."
He had a big love for music but he never knew what to do with it.
When one of his best friends started dj-ing, Chuckie fell in love with this form of art at the age of 13. "It was love at first sight!" Chuckie says.

When he discovered that his old amplifier allowed 2 sources at the same time he couldn't rest no more and started learn "beat-synchronizing".
When his mom bought him his first mixer Chuckie practiced every day and every night, not realizing he was building a solid foundation for his biggest passion.
With the little money he could save from barbering and pocket money he started building up his record collection. "...sometimes I spent my monthly bus-money just to buy that record I really wanted"

Chuckie started playing for all his friends' birthday parties. But he wanted more.
He and his brother started throwing parties and from there other promoters noticed his unique style of dj-ing.
"I grew up in surinam, that's like a mixture of every country...all kinds of music, that's the way I like my dj-set as well!"

With almost every club in the netherlands and a large ammount of clubs in countries like Germany, Belgium, Swiss, Portugal and England on his list, Chuckie maintains as "the best dj in the scene".
His own sound even made him a household name on worlds biggest dance events like "Heineken Fast Forward", "Ambassador", "Luxurush" "Dance valley", "Mysteryland" and "Innercity".

Everything Chuckie saw, learned and experienced in his life and in the clubscene has a great influence in his way of dj-ing. He mixes all genres like hiphop, r&b, latin, danceclassics, house, ragga, pop, rock, garage, jungle in a superb , energetic mix without letting the crowd feel strange about it.

Ask any promoter in the scene and they will tell you : ..."chuckie plays everything!"