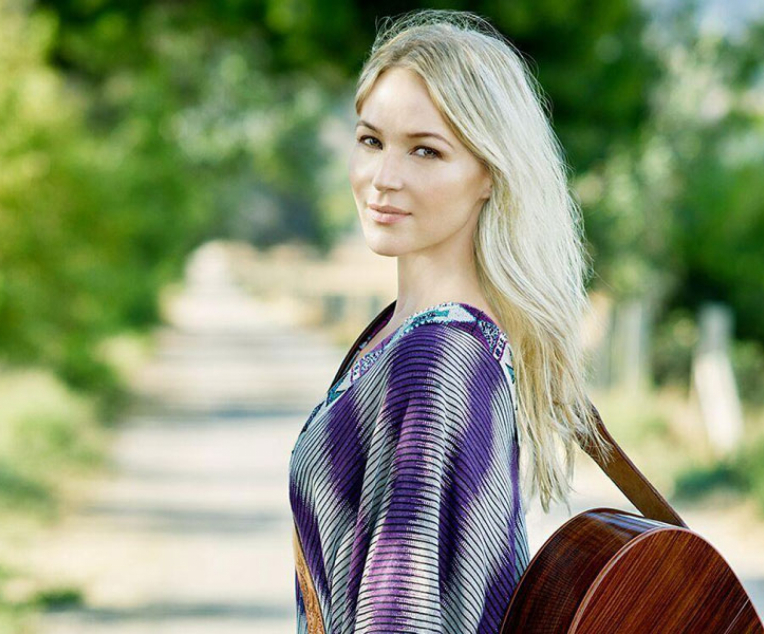 My name is Jewel. Jewel Kilcher. (Yes, Jewel is my real given name). I am 5'6”. I have green eyes, like my grandmother Ruth. Ruth was an aspiring opera singer who left pre-war Germany, got on a ship headed to Alaska to marry a man she hardly knew because she felt her future children must be born somewhere free.
She married Yule Kilcher, who was a young idealist who hiked across the Alaskan glaciers by foot, with a ladder on his back, which he used to bridge crevasses in the ice so he could walk over them. He was looking for adventure and new land, away from the Nazi movement. Alaska was still not a state in the late 40's, so he was given (as all takers were) 600 acres of land for free if he promised to homestead it. He sent word back to his homeland of Switzerland, where many friends expressed wanting to move, that he had found a good piece of land. But none came, except Ruth.
I got my love of language from Yule. He studied the origins of languages. Ruth taught all her 8 children (she gave birth to most of them alone in a dirt floored log cabin!) to sing and play instruments. I was raised outdoors on the same homestead my family settled around all the music of my family.

We lived far from town. We had to walk 2 miles just to get to the saddle barn I was raised in... No running water, no heat- we had a coal stove and an outhouse and we mainly lived off of what we could kill or can. We picked berries and made jam. We caught fish to freeze and had gardens and cattle to live on. I rode horses every day in the summer beneath the Alaskan midnight sun. I loved it there.
My parents divorced when I was 8, and my dad (Atz Kilcher) and I became a duo. He trained me well and I practiced hard, for hours a day, to sing good harmony and learn his songs. I loved it. I loved everything about it. We sang at Veterans clubs and bank openings, and biker bars and honky-tonks all over the state. My dad is a good performer. He taught me not to use a set list, but instead just to read the crowd. He would joke and laugh with the audience. He stressed punctuality and being professional.
I moved out on my own when I was 15. I had a cabin not far from my dad’s. It had one room and no water, no plumbing, and I worked several jobs. I rode a horse 12 miles into town for work and left my horse at my aunt’s place (who lived close to town) then hitch-hiked the rest of the way in.
At 15 I applied to a fine arts school in Michigan, called Interlochen, and was accepted on a partial scholarship. I raised the rest of the money by doing my first solo show ever at the local high school in the auditorium. I had always backed my dad up, but this time I sang a variety of Cole Porter songs I loved, backed up by a friend who played piano. Local businesses donated items for me to auction off at intermission. My home town of Homer, Alaska raised $11,000 for me during that concert… all to help send me to school. I majored in classical voice and art and minored in dance and drama. I was 16 that year.

At spring break all kids had to leave the campus. But I couldn’t afford to get to Alaska, so I decided to learn 4 chords on the guitar (my dad had always played guitar, not me) and get on a train in Detroit to busk my way across the country. I made up lyrics about what I saw traveling. It took several days to sing my way across the country- earning my ticket money one street corner at a time when the train stopped.
I made it to San Diego and crossed the border into Tijuana and hitch-hiked to Cabo San Lucas. I carried a large skinning knife with me for protection in a scabbard on my belt. I earned enough money to get on a ferry and cross the Sea of Cortez and take trains through central Mexico. I stayed in youth hostels and ate by singing in restaurants in exchange for food. I ferried back to Cabo, and hitch hiked back to Tijuana, and trained back to Michigan to be back at school when it started up again. The whole time I wrote one song. A long song. My first song, about people I met and things I saw. The song was called “Who Will Save Your Soul”.
I was going to graduate high school a year early, because I was finished with my academics, but my senior year they gave me a full scholarship to return just to take all art classes- so I did! I fell in love with marble carving that year, and visual art became the focus of my senior year. I wrote songs in my free time.
I drifted after I graduated. No plans for college. Ended up in San Diego where I answered phones in a computer warehouse. My boss fired me because I wouldn’t sleep with him, and I ended up homeless for a year. I kept writing songs, and started singing in a local coffee shop called The Inner Change Cafe. I developed a loyal following. No one knew I was homeless. A radio station decided to put a bootleg of me on the air and a record label heard it. Soon after, a lot of limousines started pulling up and guys in suits came to watch me sing. There was a bidding war between several labels for me! I couldn’t believe it! I went with the label that didn’t want me to change and let me be a simple songwriter.
Against all odds my simple album went on to sell 12 million copies!
My grandmother Ruth was alive to see me succeed. She called me to her one day, and with a shaky voice she told me that she gave up all her dreams of being an opera singer, and a poet, because she believed if her future family had any chance of success, it would be in a free country. She had a high German-Swiss accent and looking into her green eyes was like looking into a mirror. We looked so similar. She patted my leg with her delicate fingers, and said that it was worth giving up her artistic dreams, to see the dreams for her family come true. The fact that I made it as a writer and a singer meant so much to her.
So, this is me. I have been blessed to experience some amazing things in my life. I sang at the Vatican for Pope John Paul II. I toured and got to sing with Bob Dylan. I sang with BB King in England, and again in the White House for President Clinton. I got to be on Merle Haggard's album of #1 Hits. I have sold more records than a songwriter ought to.
But these are just things, (exciting things!) because more than anything, I am my father's daughter. He taught me to love horses and hard work and music. I am the beneficiary of my grandparents’ pioneer spirit and vision. I still work every day to maintain the things I believe in and care about and to uphold the proud pioneer spirit of my family.
My life has exceeded any expectation I ever held for myself. I never thought a storyteller in today’s day and age would be able to go so far. It is because I have had passionate fans that demanded and let labels and stations know they care about my kind of music. You have all helped make my dream come true. And the dreams of Ruth and Yule Kilcher.